With London being placed into tier 4 and the closure of all things deemed as non-essential, I decided to explore some of the virtual exhibitions available online and came across the Schiaparelli and Surrealism collection displayed at the Victoria and Albert Museum.

Elsa Schiaparelli was an Italian fashion designer who challenged the concepts of dressing, playing with silhouettes and traditional tailoring. She was heavily influenced by the Surrealism movement and the Surrealist artists of the time such as Salvador Dali, Jean Cocteau, Man Ray and Bebe Barnard.

Surrealism is an avant-garde movement introduced in the 20th century that was heavily influenced out of the Dada movement. Its focus was to release the imagination of our unconscious mind, by juxtaposing images and ideas. With the freedom of the movement and the collaboration with artists and photographers, she stretched her creative boundaries, creating unique fashion statements. 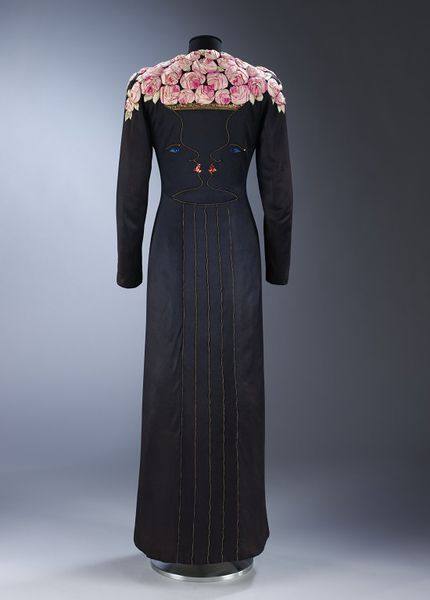 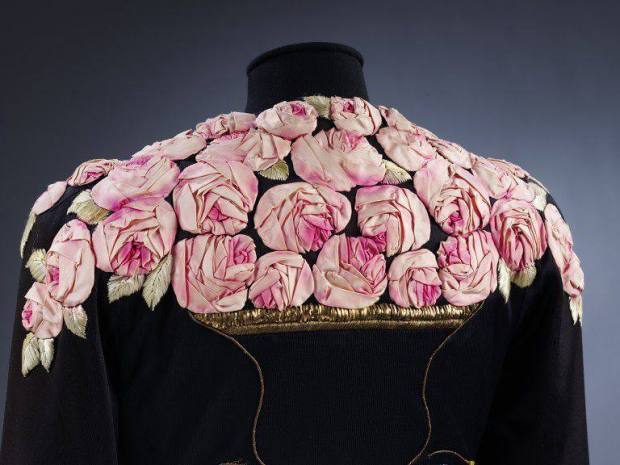 This dark blue silk jersey evening coat was a collaboration with Jean Cocteau, who drew the facial features positioned on the centre back of the coat. Cocteau was obsessed with the effect of double imagery, as did many of the other surrealist artists. Looking closely at the artwork on the back at a first glance, you wouldn’t spot the vase shape containing pretty pink gradient ribbon roses. Instead, the focus would be on the facial forms. The beautiful gold embroidery detailing helps to distinguish both of the shapes as well as adding the glamour and luxury to the tailored coat.

I’m sure you will find this dress stunning and intriguing too with the use of colour and print replicating rips and tears to mimic torn flesh. An idea that appeared on women in Dali’s paintings. The veil has the same effect also, however, includes an appliqued fuchsia chiffon underneath the cream fabric. A good contrast to the abstract print. It makes the viewer look into the work and use their imagination to understand the reasoning behind the idea and the design. 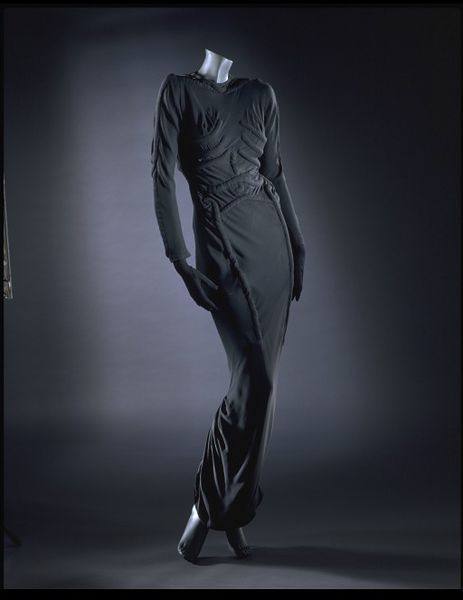 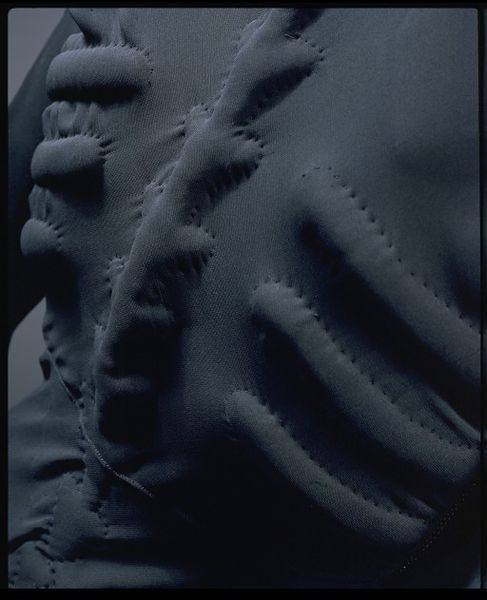 Skeleton dress was the most significant garment creation in the collection made with black crêpe sheath and a raised skeletal form using the trupunto technique. The technique involves adding wadding into the back of the fabric after stitching a shape, forming a raised platform on top of the surface. Adding in hooks to link the bones together such as the leg connecting to the pelvis, added a style included in jewellery. The design itself, was sketched by Dali. 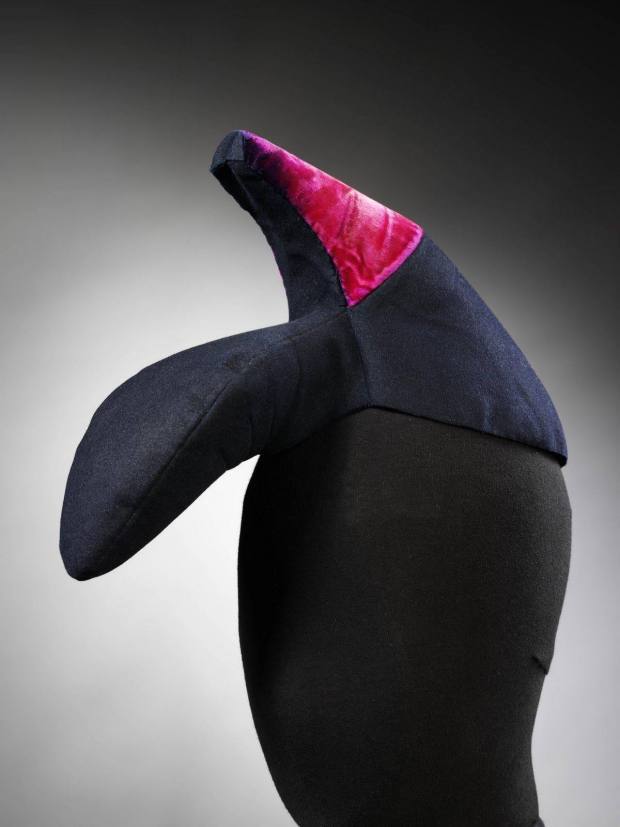 One of my favourite pieces of this collection, was the velvet high heel hat, part of the Autumn/Winter 1937-1938 collection. I liked the way the hat has been thoughtfully positioned on top of the head with the bottom of the shoe face upwards. The idea came from a photo of Salvador Dali with a shoe belonging to his wife, placed on his shoulder. This influenced other ideas to come, placing unusual found objects on the head in three-dimensional structures. One of her other hat creations consisted of a lamb chop meticulously placed above the head to match the design featured on the summer jacket of 1938.

It has been a great way to view and revisit some of the fantastic artwork available online. Google Arts and culture have a vast selection of exhibits that are free and not just from the UK, but also some located all around the world. Worth checking it out.

(This was written before the national lockdown)