For quite some time now, we have been playing around with the idea of developing a machine embroidery that would communicate some similar ideas to traditional military style goldwork but in a crisper, more modern way. In true Hawthorne & Heaney style, we didnt just want to go in for a little sample that we could get to work on a small scale, but a big piece that would really hit you in the face, so we settled on a version of the Privy Councillors Coatie. 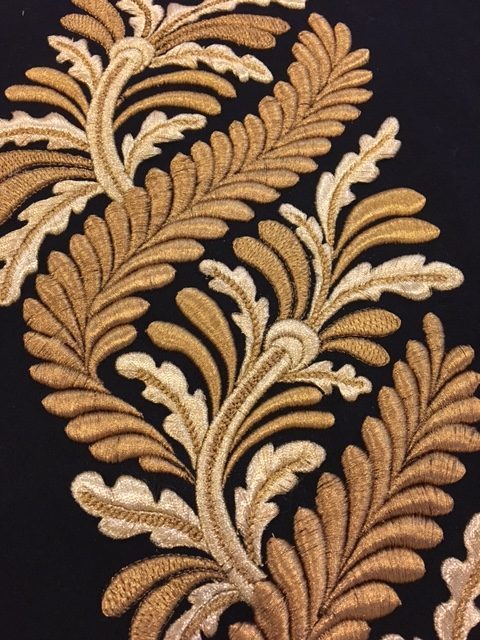 We wanted the piece to not only have a rich gold look of the original piece , but also the different heights to the stitching and surface details that come with applying bullion individually. 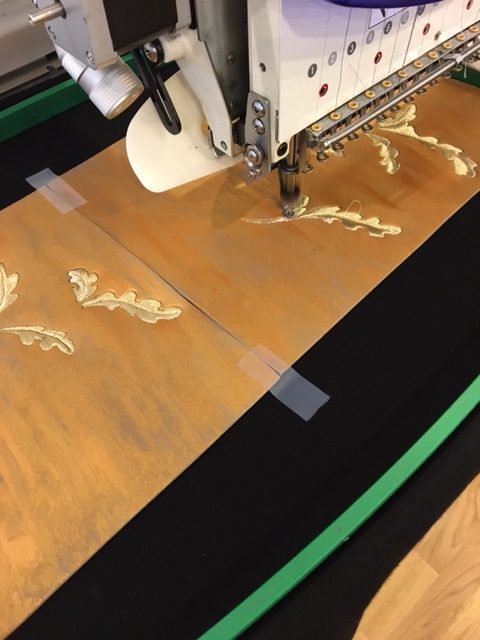 The colours are worked in layers, adding layers of padding between colours to create light relief. 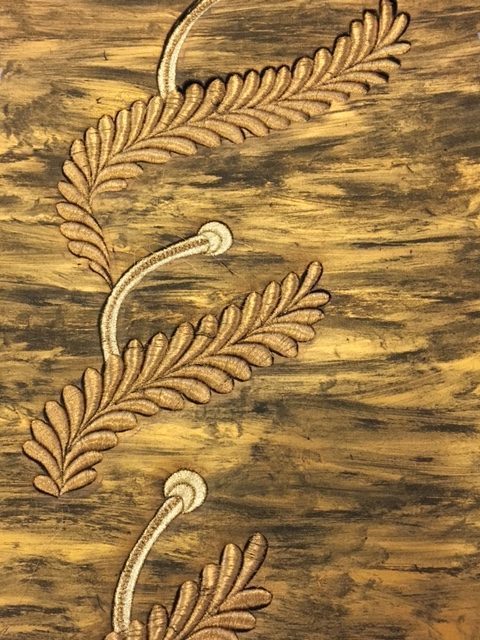 Following these processes, the machine then goes back into to add additional details : 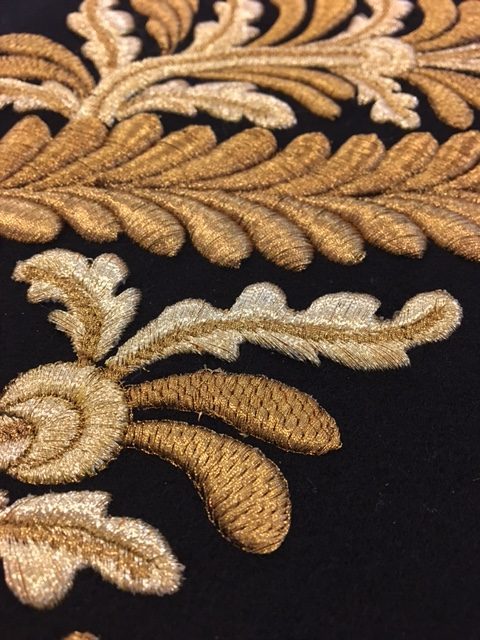 Once all of that is done, we give it a little tidy up and it is complete. To give you a sense of scale this piece is 45 cm high which would be the left hand side of a mens jacket. It is really exciting for us to see a large scale outcome for this technique which has defiantely sparked some subsequent ideas, so stay tuned to see what we do next… 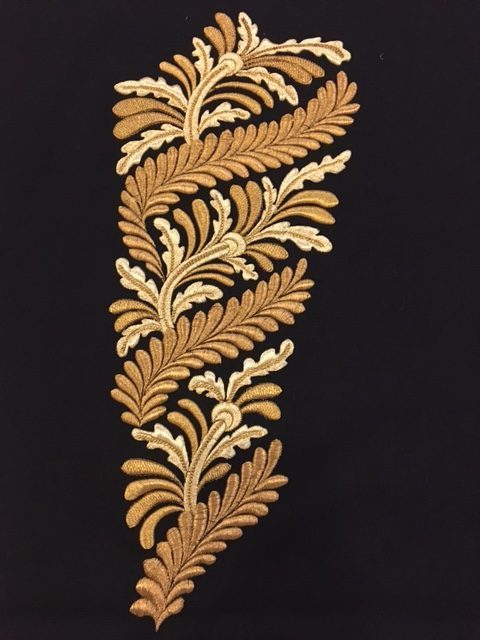