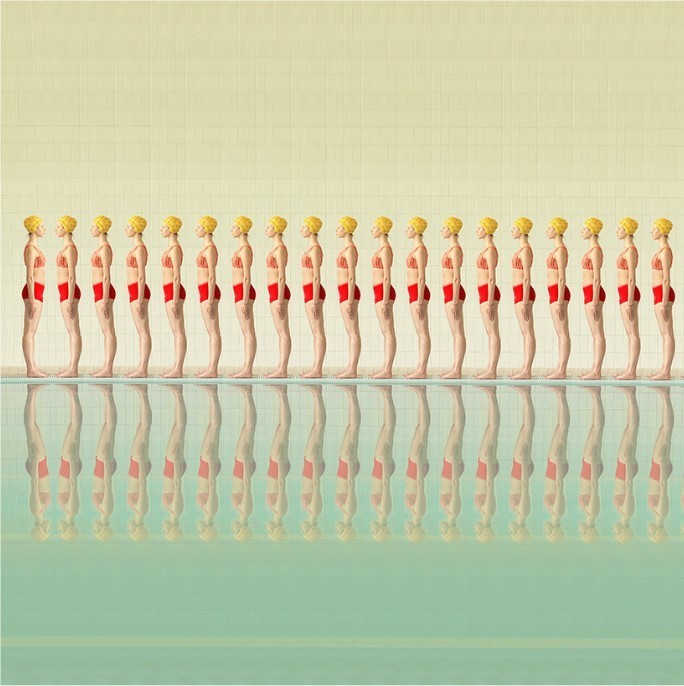 What were you doing last week? Specifically 9-13 May. Did you manage to catch London Craft Week? Well, it’s alright if you missed it, because we are here to share with you what we did and learned!

This festival that spans across London celebrates British and international creativity. Covering a vast range of disciplines, it brought together over 200 established and emerging makers, designers, brands and galleries from around the world.

We started our journey in the heart of English bespoke tailoring- Savile Row. The Row that is entrenched deep in history, famous worldwide, houses over 100 craftsman in more than a dozen bespoke tailoring business. It is a community that not only produces the esteemed English luxurious product but is active in training new craftsman. We had the chance to attend an hour-long masterclass pattern cutting at Henry Poole & Co.  In the brief hour, taught by one of the cutters about dinner jackets, he engaged us on the construction of the trouser pattern. First, measurement was taken off a gentleman in the room, then he moved onto crafting the pattern. Primarily using the Centre Front Centre Back cutting system, where scales and mathematics are used to give proportions so as to draft for the body of the customer.

After the hour, we gained a heightened respect for the craft of tailoring. Behind one jacket, it involves roughly 10 artisans, who engage in the making of the various sections of the garment. They perfect the moulding and shaping of the fabric so that it sits perfectly on the body. Bespoke tailoring suits are certainly a class of their own in both elegance and comfort.

Next, we ventured down to Sloane Square, to discover Maria Svarbova’s photography series that was the inspiration behind Delpozo Spring Summer 2018 ‘Musicalia’ collection. We were blown away by the beautiful photographs, that has this retro-futuristic. The artist describes the series as having a sense of ‘artificial detachment’, although set in a retro environment, ‘the pictures somehow evoke a futuristic feeling as well, as if they were taken somewhere completely alien.’, the moment is frozen in time. In addition, the symmetrical composition enhances the ethereal quality.

Looking at the collection alongside the photographs, there is much resemblance in the colour palette. Creative director, Josep Font skillfully translated the swimming pool blue that ripples throughout the photographs, into the choice of the fabric and embroidery. Complimenting them with pastel shades of yellow, pink, and definitely the shocking red, there is a sense of a dreamlike atmosphere.

In addition, the geometric lines and stillness of the pool, reminds us of the intimate atmosphere at the atelier; cool, architectural and beautiful, a style synonym with the brand.

Lastly, we headed to the Loewe Foundation Craft Prize at the Design Museum, that will be held till 17 June. This exhibition best summarises craft and artistic endeavours all over the world. Exhibiting a range of international works that stretch across practices, such as ceramics, papercraft, woodwork to jewellery. Entering the exhibition, visitors are provided with an audio guide, that gives a detailed explanations about the works, aiding further appreciation and understanding of the craft in view.

One theme that ran throughout all the works exhibited is that there are continued efforts made to revive traditional techniques alongside pushing the boundaries of the skill. An example is a winning piece by Jennifer Lee, who mixed metallic oxides into clay to create colour, a technique that she discovered. Complimenting this avant-garde colouring technique, with an ancient practice of pinching and coiling clay, it resulted in the creation of a beautiful speckled surface. The varying gradient of bands that encircle the piece, resembles time frozen between traditional and contemporary.

Another work, that we truly appreciate is by Takuro Kuwata’s Tea Bowl. Unlike traditional potters, who often aims to hide any cracks in their work, Kuwata defies that norm. He enhances the impression of chaos, that is natural to the unpredictable nature of ceramics, by making it the feature point of his work. By combining porcelain with platinum and steel, he challenges the possibility of materials. The melted and crack surface of the work is complemented with the saturated green patina, that makes the work contemporary and elegant.

Embroidery is also celebrated at this exhibition! Richard McVetis, who is captivated by the meditative nature of the process, draws with needle and thread. He embroidered sixty cubes over the duration of sixty hours, materialising time into something tactile and visual.

Perched on 60 beams, the 60 cubes remind me of the globe of islands, but in a square. It is a rather fun way of curating the world and plays on the idea that the world is not round but square.

London Craft Week is truly a celebration of hands that spans multiple disciplines. It makes us cherish and esteem the time and energy that goes into crafting beautiful objects. Unlike mass produced items that are often regarded as disposable, the work of the hand interweaves personal stories and beauty into everything made. In this age of mass consumption and disposal, we are glad that there is a renaissance in the appreciation of creativity and craft worldwide. We at Hawthorne & Heaney, are definitely standing behind that resurgence and hope to safeguard the shared heritage of craft.