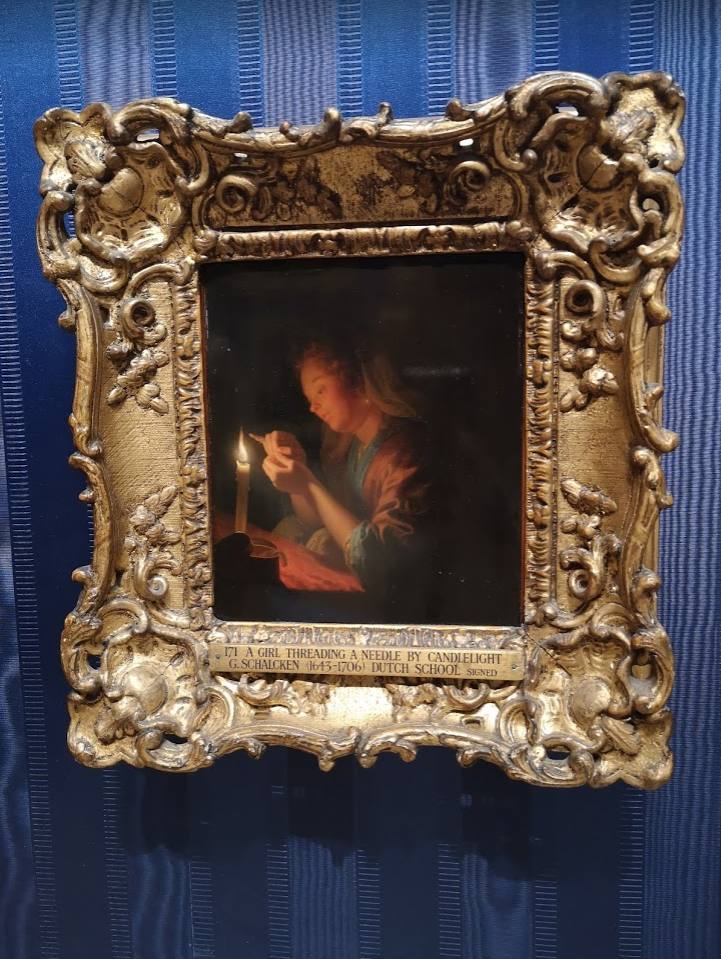 ‘A Girl Threading a Needle by Candlelight’ by G. Schalcken

The Wallace Collection is a hidden gem in London’s art history crown, which even this museum buff and lifelong Londoner has only just discovered. Set in a stunning 18th Century building on Manchester Square (just off Oxford Street) it is hard to believe it has taken this long to come across it. Housing some very famous works of art such as Hals’s ‘Laughing Cavalier’, Boucher’s ‘Madame De Pompadour’ and many Gainsborough’s there is plenty to see if you fancy a bit of an oppulent afternoon in the city. For keen stitchers, there are some stunning tapestry works as well as these 17th century wall hangings from Italy featuring lots of goldwork techniques. Now, until the end of August they have upped the ante a bit further by adding stunning couture shoes into the mix. 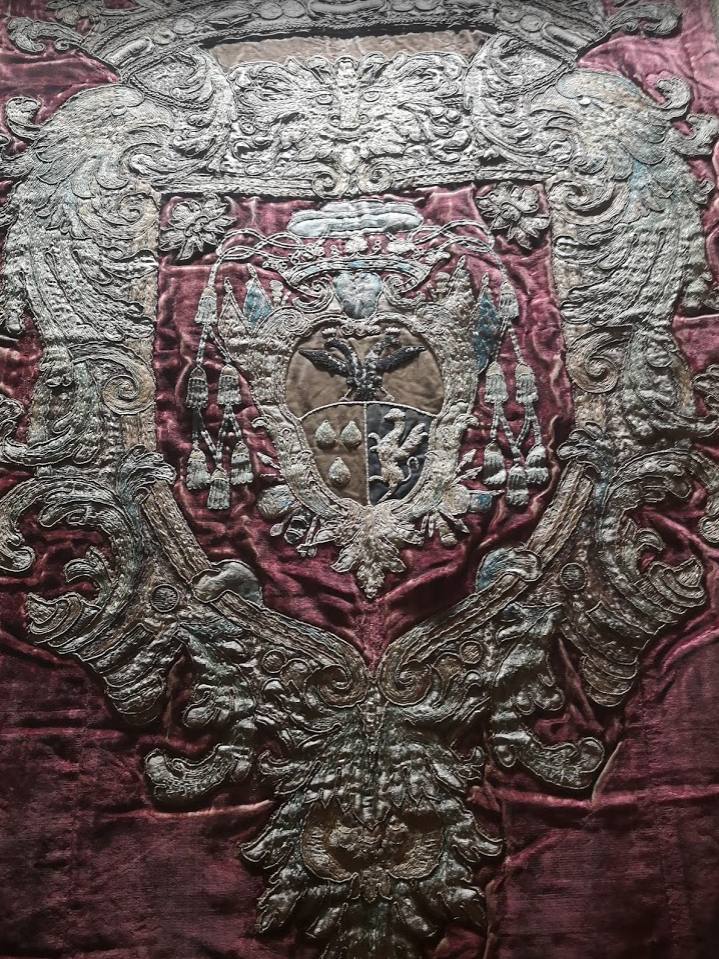 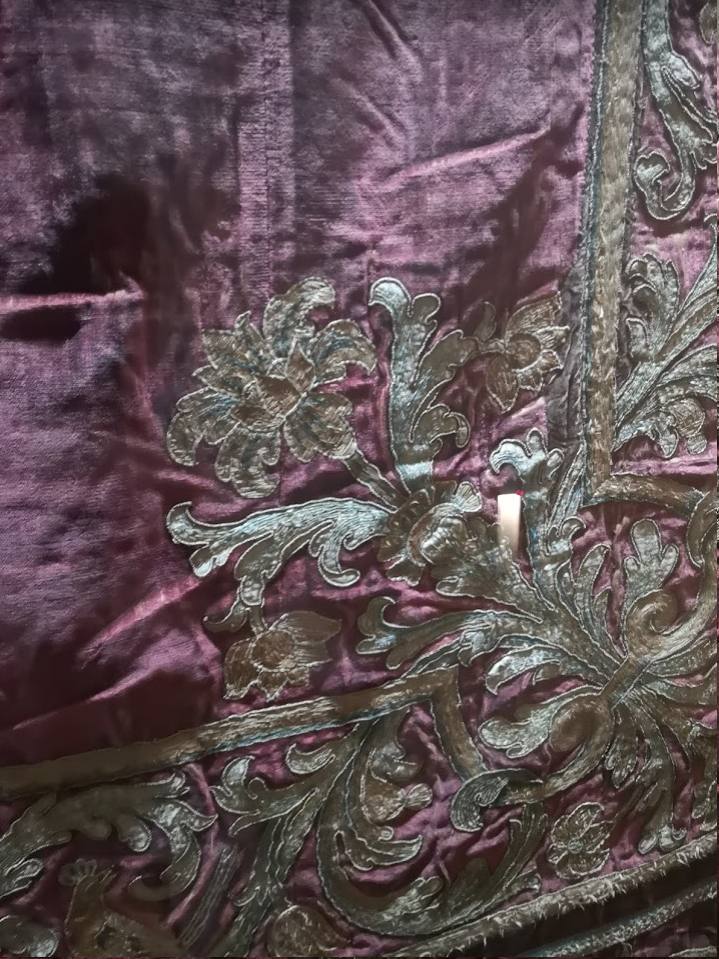 For a limited time the Wallace Collection is also displaying a selection of footwear superstar Manolo Blahnik amongst their artworks. Unlike many other fashion exhibitions, this is more of an intergration of the shoes in amongst the other art, they sit alongside the permenant collection (sometime on them!) in carefully arranged bell jars. This makes the exhibiton much more intimate as you feel you can get up close to all the pieces on display and all are treated with equal respect. 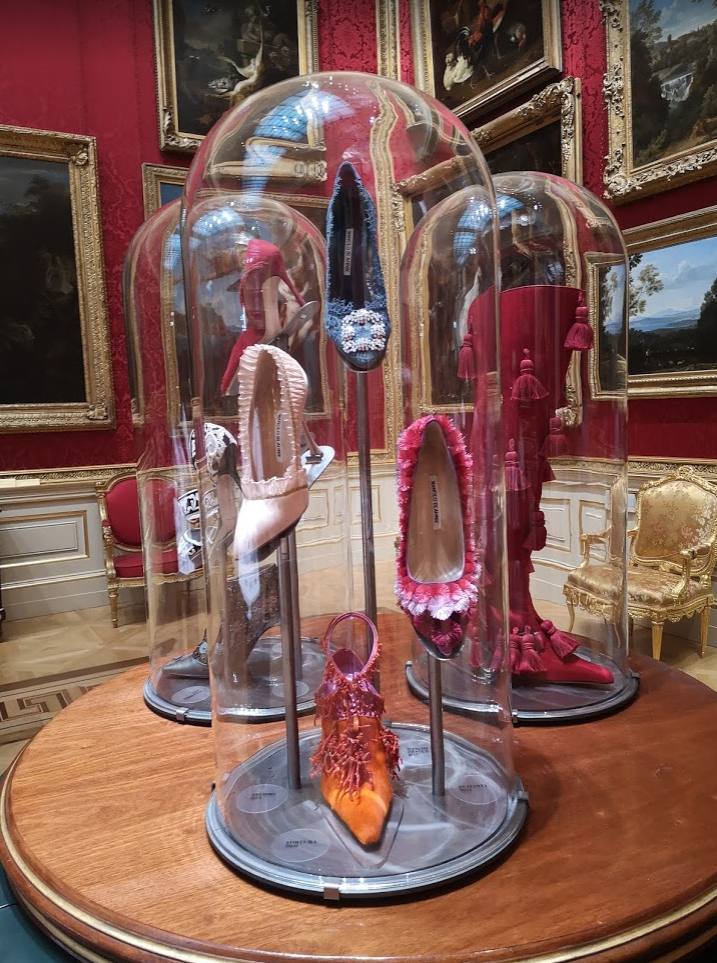 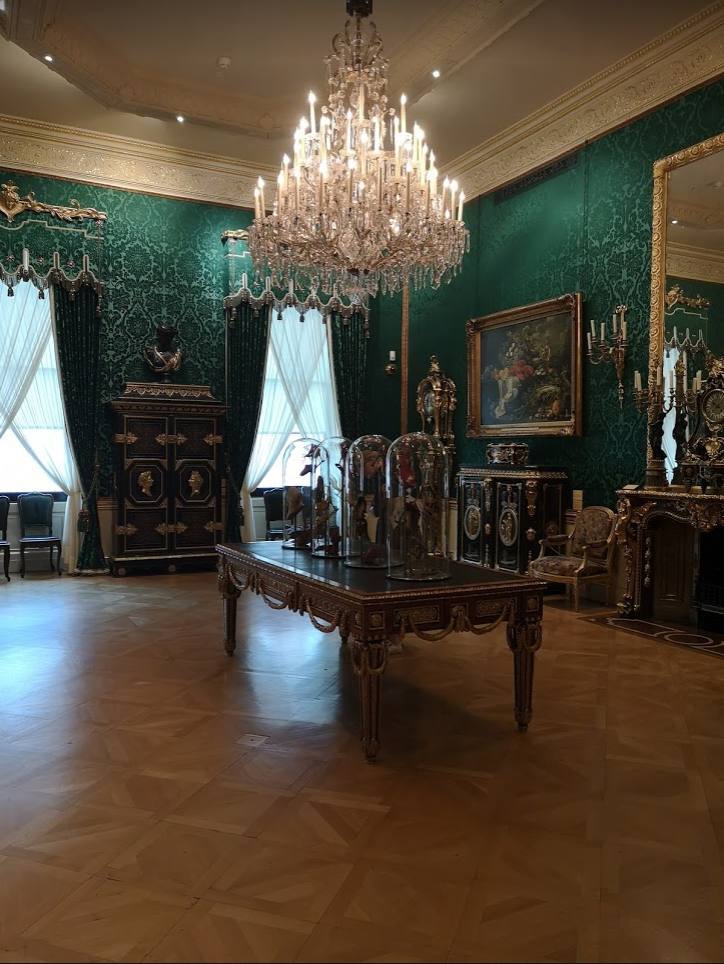 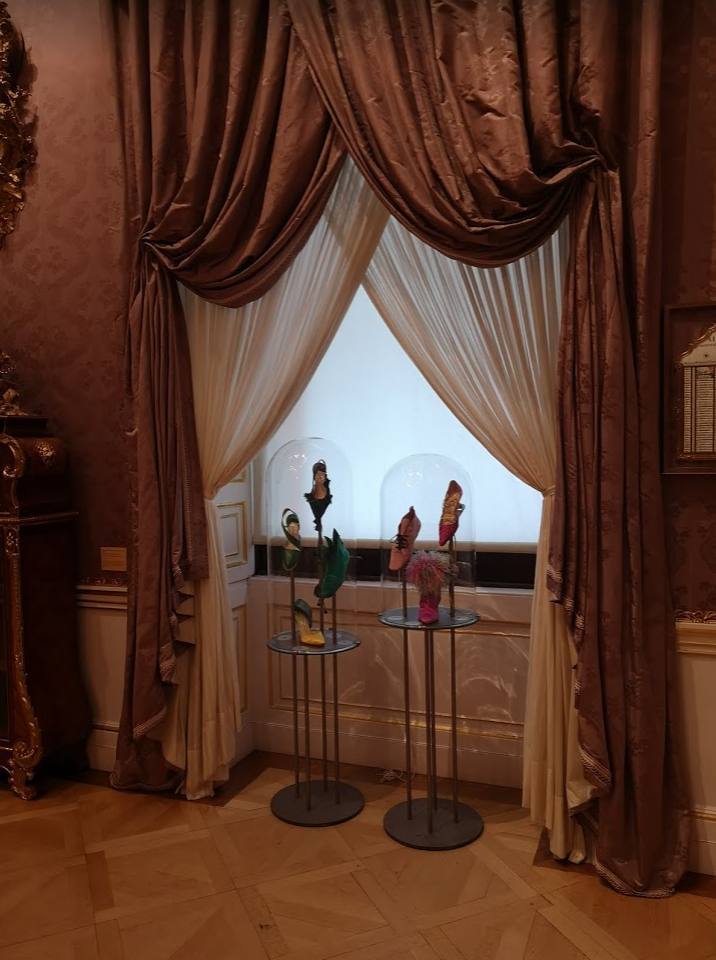 The selection of shoes in each room has been themed to compliment the artworks they are among. A particular favourite of mine was the oval drawing room where the most decadent shoes Blahnik designed for Sofia Coppola’s film ”Marie Antoinette” are shown amongst the sweet coloured room featuring Fragonard’s ‘Swing’ and Boucher’s ‘Madame de Pompadour’. 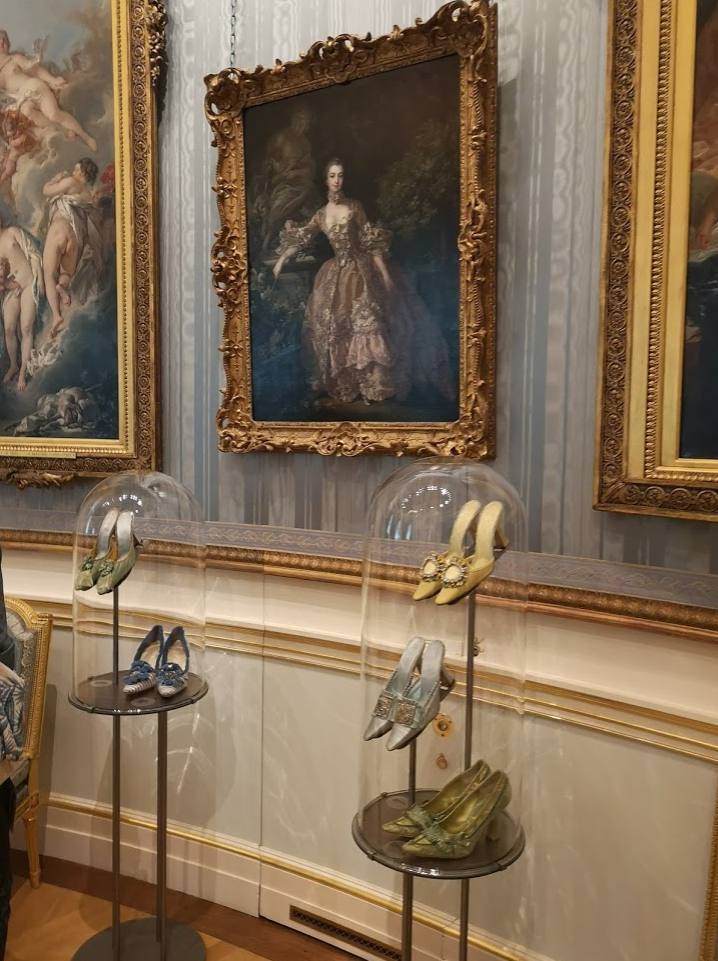 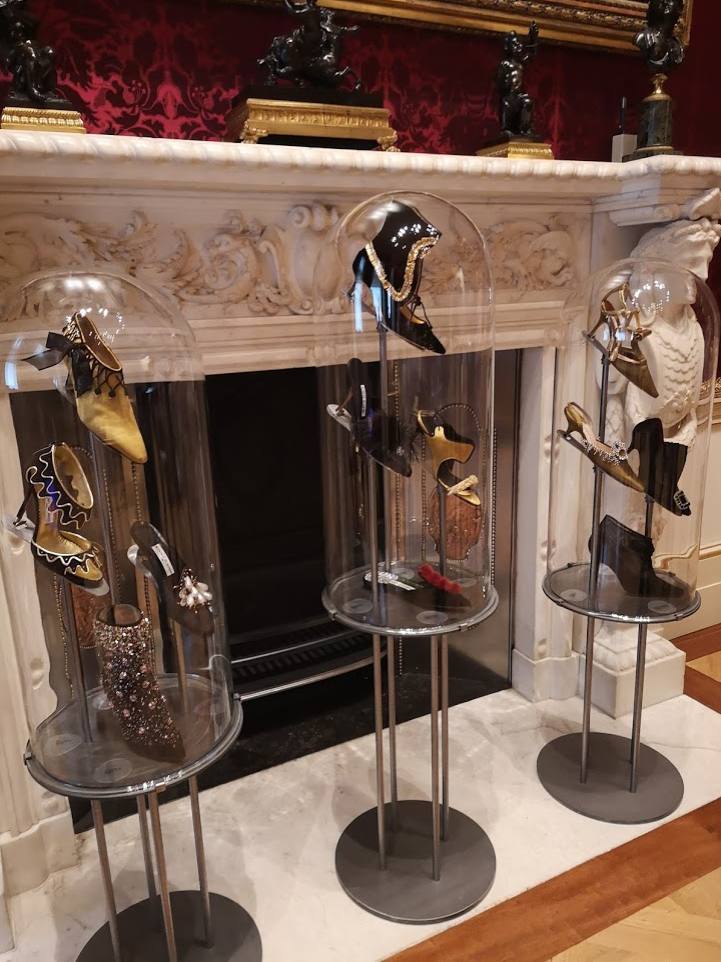 From an embroidery perpective there are a few pieces that standout as particulally beautiful. These boots ‘ Lepanto’ (Davee) 2003 look to be a combinations of hand painting and embroidery to a very rich effect. 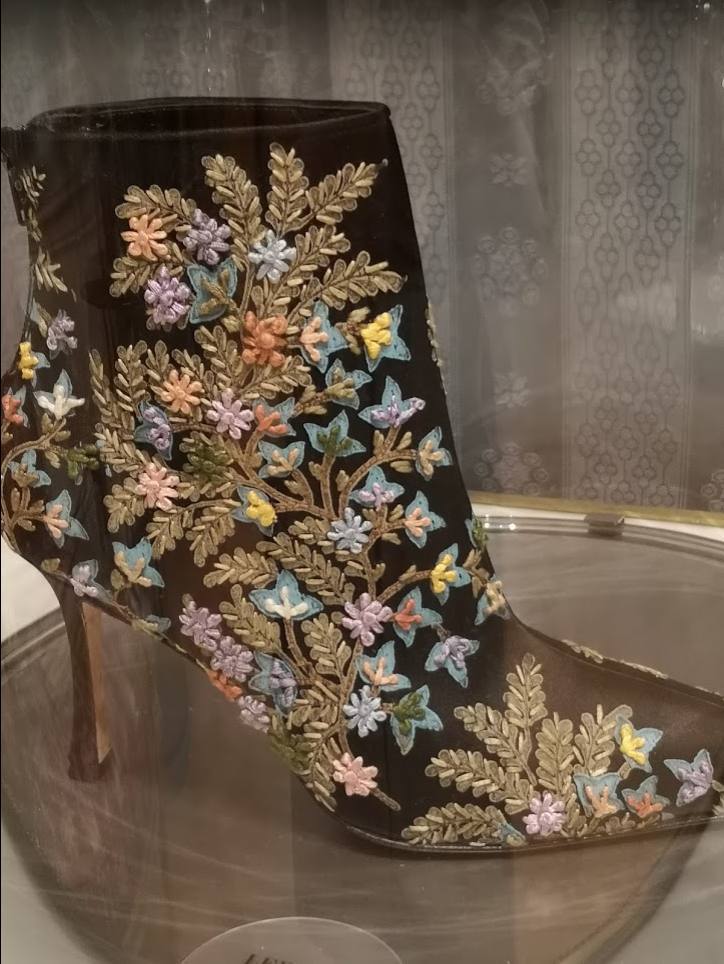 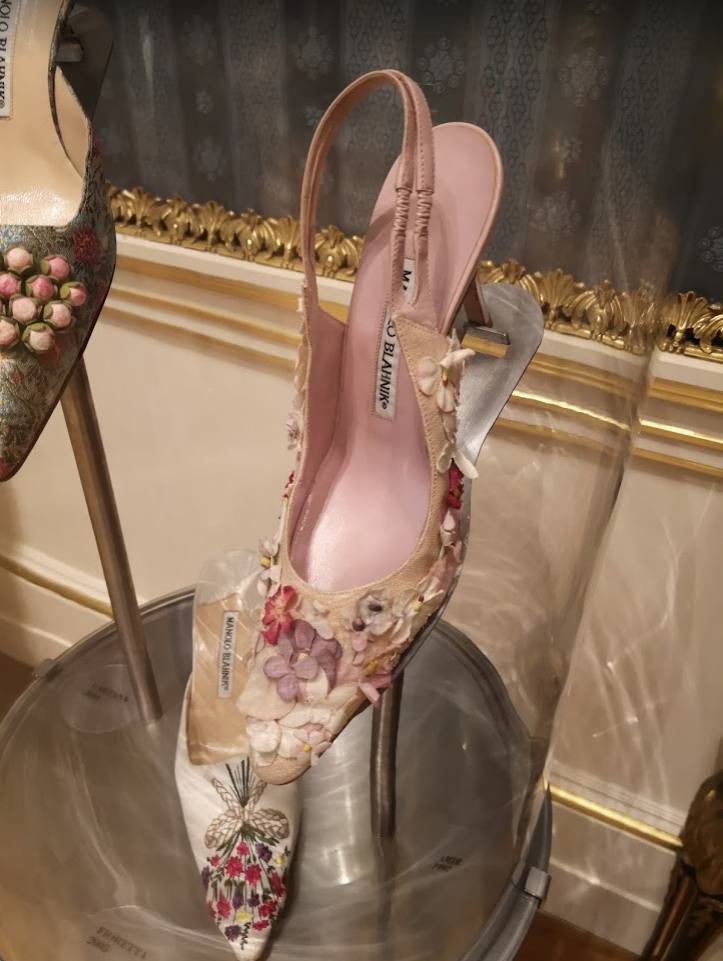 Of course, there are beads so we couldn’t not mention ‘Zarina’ 2015 which are the very definition of encrusted. 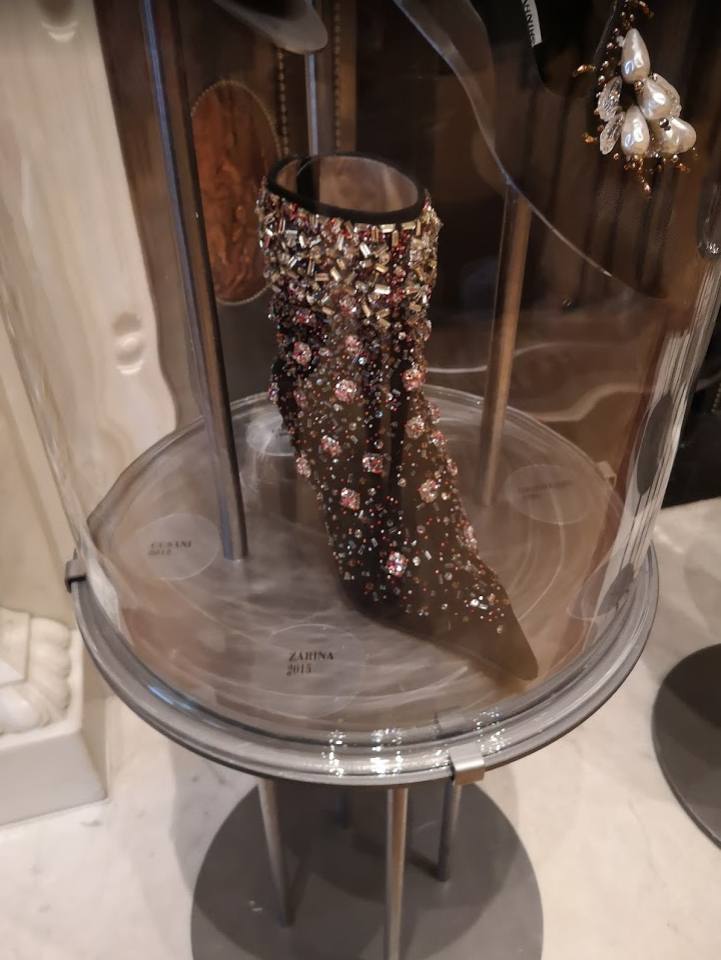 Downstairs is a wall of the original sketches for shoes on display upstairs, showing Blahnik’s distinctive style and flare. 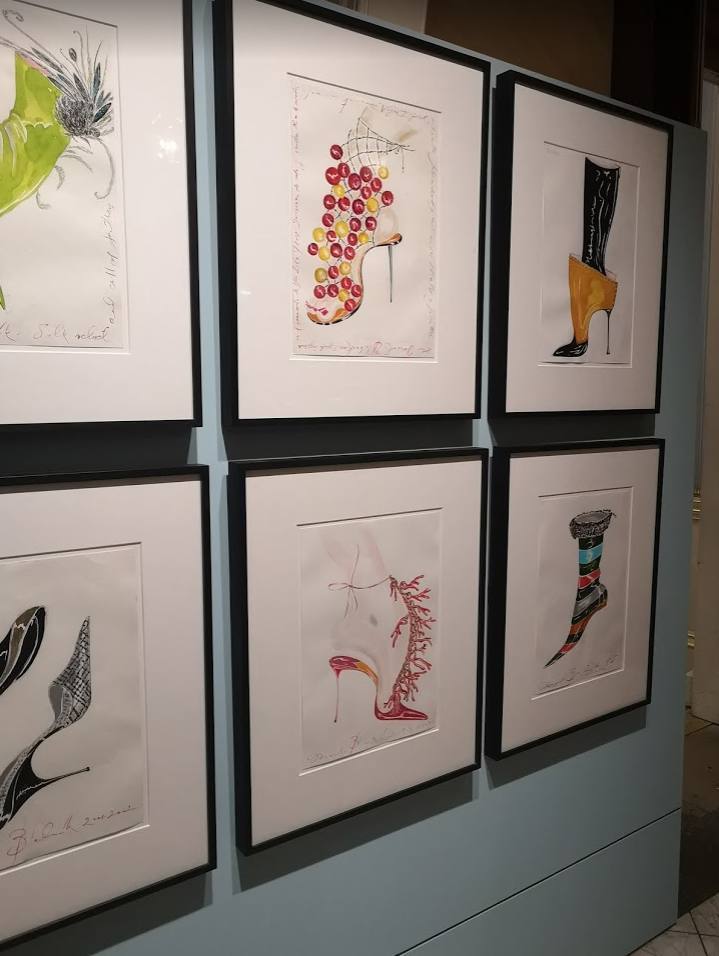 Overall it has all been very respectly done. It is clear from the selection that Blahnik is passionate about beauty and craftsmanship with many skills shown in his designs and revisited throughout the years. There is not much information on each of the pieces, a simple sticker of each one’s name and year leaves you with a few questions perhaps, but lets you enjoy them uninterupted.

‘An Enquiring Mind: Manolo Blahnik at the Wallace Collection’  is on until the 1st Sept 2019, Entrance is free.