The word vulgar is used to describe common people, lack of sophistication or good taste and reflects someone making explicit or offensive reference to sex or the body.

The “The Vulgar: Fashion Redefined” exhibition curated by Judith Clark and Adam Phillips displays famous looks from the fashion world dating back from the renaissance to current day fashion. The exhibition definitely gets you questioning about why is vulgar such a sensitive area in fashion and what makes something vulgar?

By looking at the definition of vulgar as being common, it also explores the ideas of fashion being common, has it ever been unique? By trying to be different, your fashion exaggerating then turning into a vulgar taste.

The exhibition includes works from designers such as, John Galliano, Pam Hogg,Vivienne Westwood and Yves Saint Laurent. Some of the looks there, I can understand as being vulgar, over the top, makes you wonder why is that necessary and in a way almost a bit disturbing. What I found difficult about the collection, is what do you actually classify as vulgar?

Surely it’s all down to personal opinion rather, as some things I did find vulgar but other pieces there I found beautiful.

These hair shoes by Alessandro Michele for Gucci were featured in the exhibition. For me, these shoes say vulgar. They are very eccentric, easy to show off with and over all a strange idea to get over. 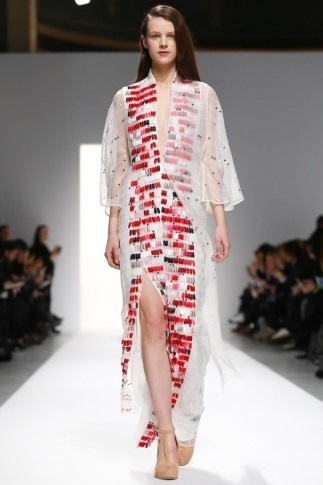 Hussein Chalayan’s Autumn/Winter 2014 collection, his dresses covered in acrylic nails. The idea of vulgar coming from the concept rather than the look of it.

Pam Hogg SS14, her designs are very unique and different, but most of the time they are revealing and insensitive. Getting a strong reaction from society which I feel the idea of vulgar is all about. 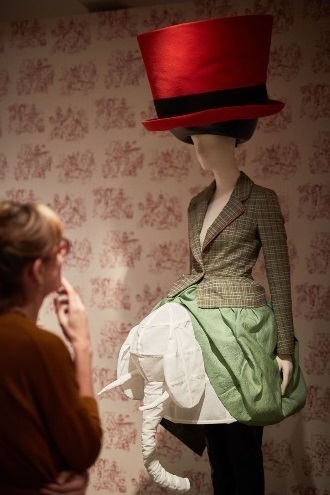 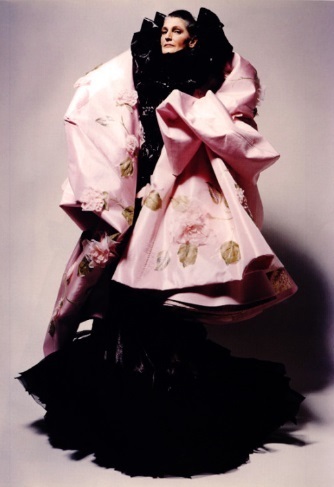 Whilst with this Christian Dior SS 2003, I think it is very exaggerated but still has elegance and beauty to it, so does that make it vulgar? 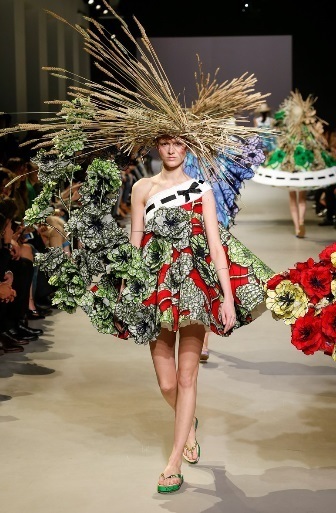 Looks from the Viktor&Rolf collection, Van Gogh Girls, were also featured. But is the actual fashion vulgar? Or is it the whole design of the big straw hat and flowers growing off the dress. This to me creates more of an exciting, artistic presentation of the clothes, presented almost like paintings, what they were inspired by.

Whilst in the exhibition there were also pieces, which I found beautiful, elegant and sophisticated. Lace collars, stomachers and looks by Givenchy, Raf Simons, Chloe and Madame Grès, were some of the looks that I didn’t understand why they were there. 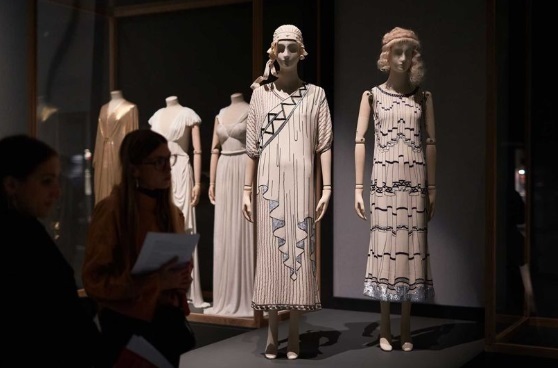 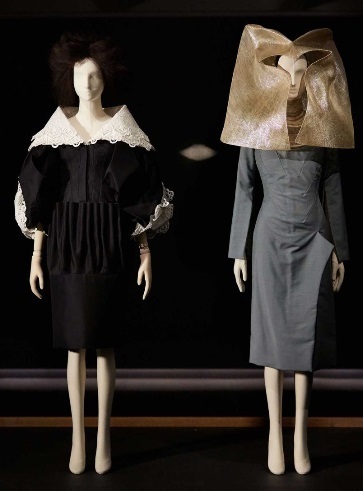 The collection is full of interesting pieces of fashion and historic embroidered pieces such as stomachers, dresses and accessories. It’s a really interesting and exciting collection to see with lots of information and film about vulgarity in fashion and the different movements throughout history that affected it.