Here at Hawthorne & Heaney we had a bit of a special project on at the moment for a certain wedding that took place in September 2018. We were tasked with creating the chasuble for the priest to wear for our Director’s wedding. 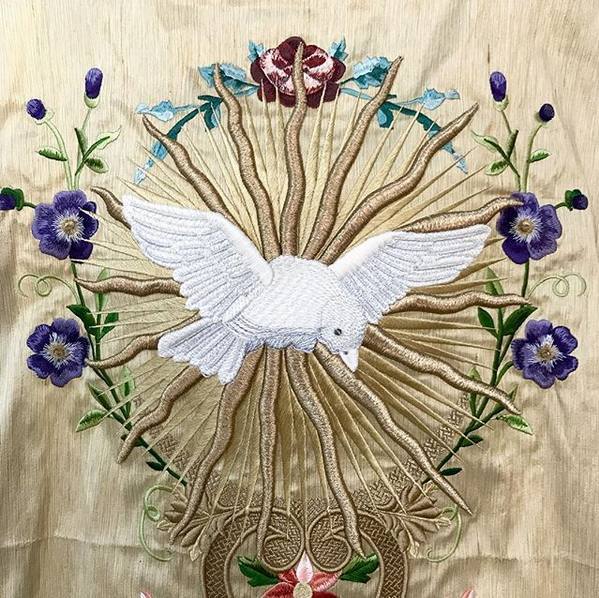 Approaching a garment like this is a sizeable task because of the importance of the imagery and the congregation that will see it. Designed by our director, the cross shaped design features a large image of the holy spirit as a dove at the top. This was inspired by an old piece of cut work embroidery which we are reinterpreting for machine embroidery. We wanted it to retain some of the original cutwork movement which can be seen in the direction of the running stitches and feathers. This also informed the choice of metallic silver for the details to get that shimmer amongst the sheen of the white machine thread. 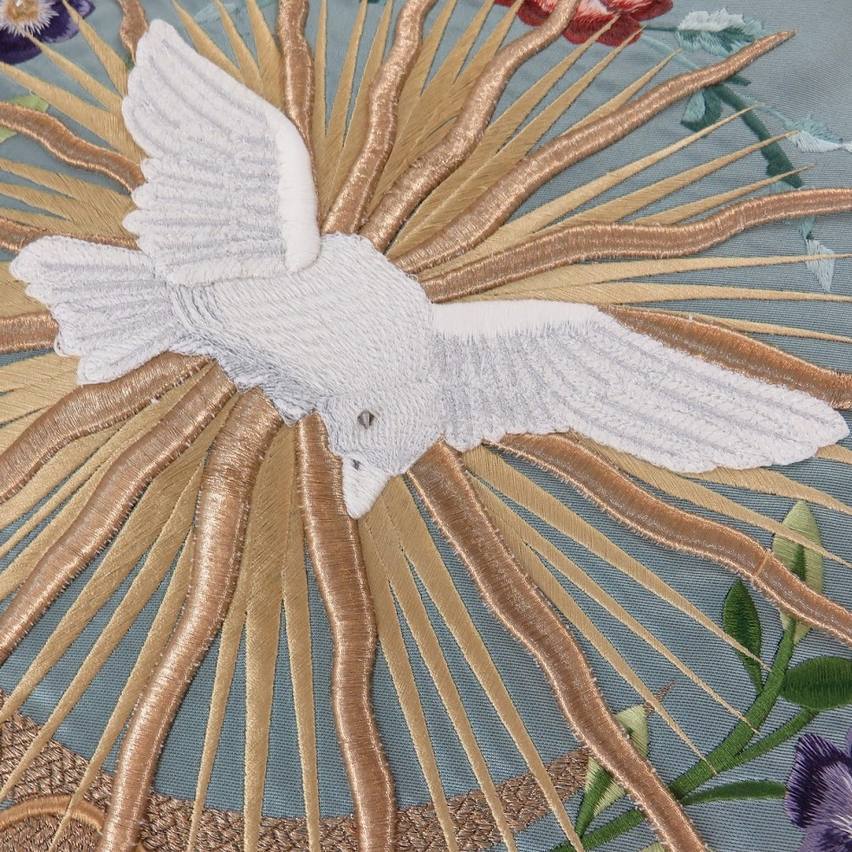 The middle section has a series of flowers which we focused on the shading of them amongst the raised scrolls and braid work. 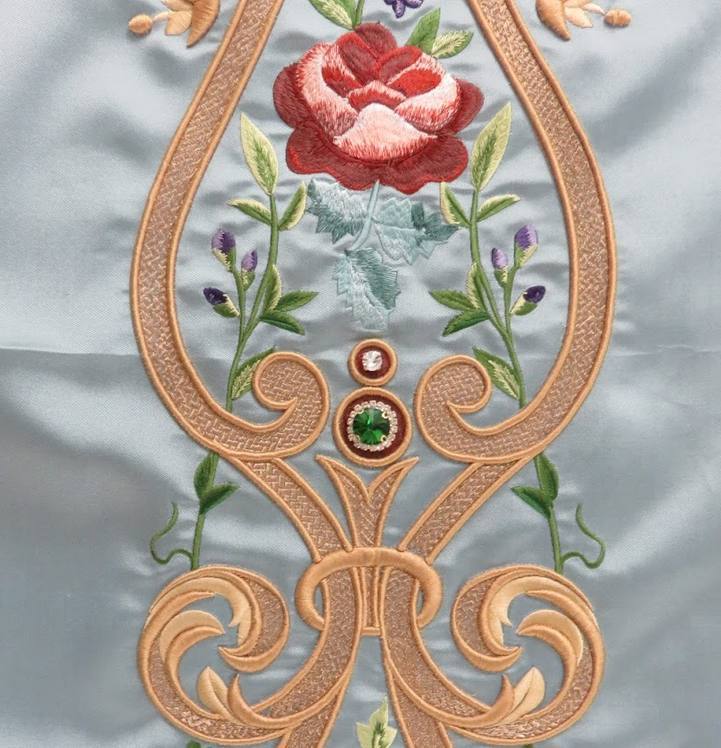 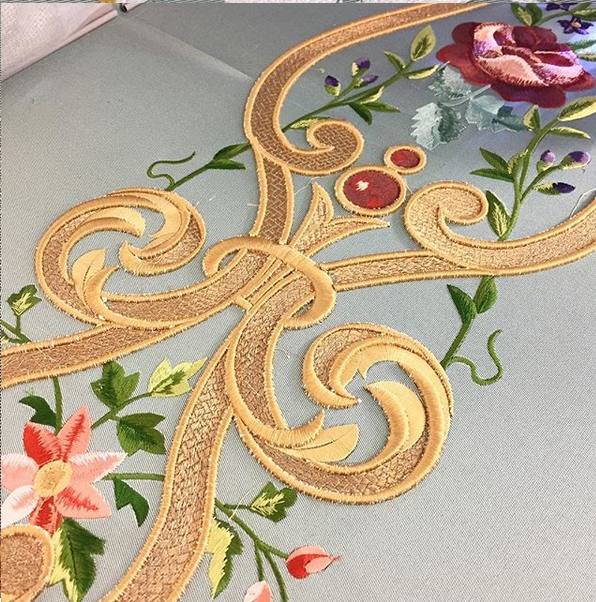 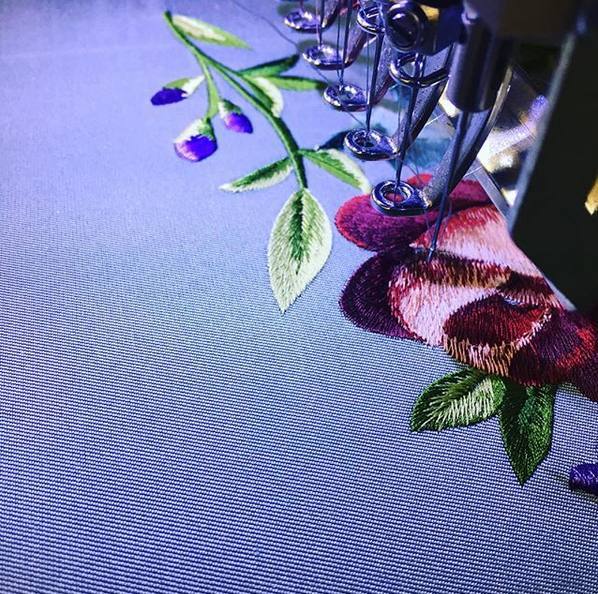 Down the bottom we have the lamb of god: “Behold the Lamb of God who takes away the sin of the world.” John 1:29. For his imagery we wanted to emulate a similar texture to that of the dove but with a more ‘wooley’ nature. 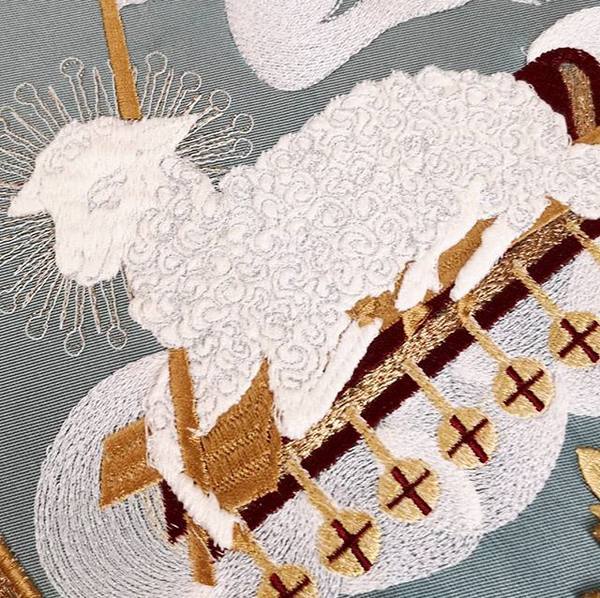 Each section of the embroidery has to be tidyed and finished by hand which you may be able to see from some of the earlier photos where the design is still on the machine, the stitching looks a bit rougher than the polished finish we were going for. 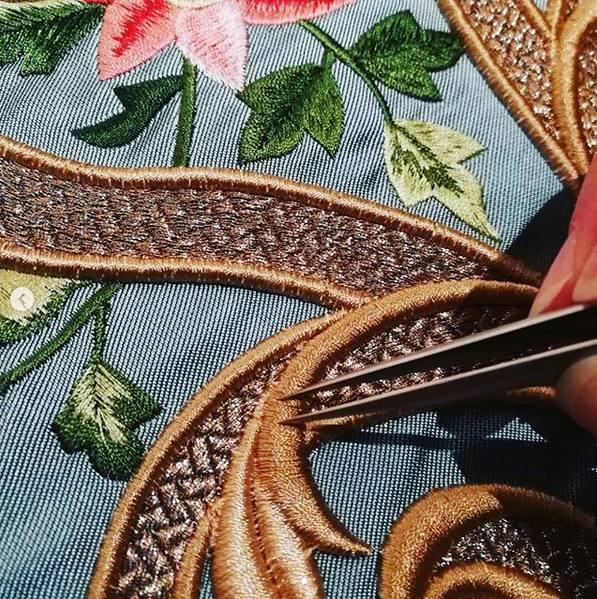 We also added some crystals and small hamd details at the end which added those final details to make it sing.

But even when we were done with it, that was not the end of its journey as it was delivered to the tailors who made it into the chasuble itself. 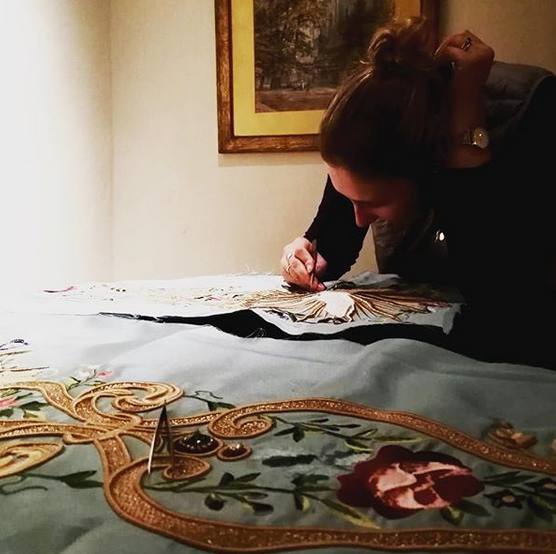 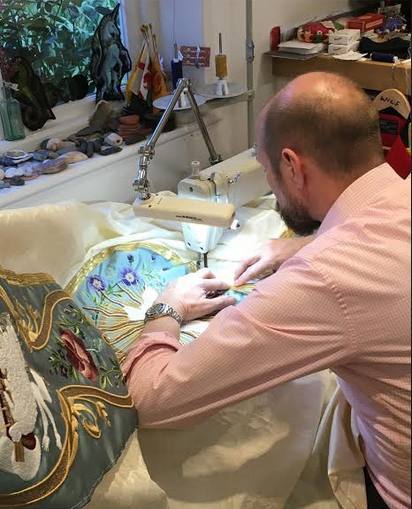 Re-interpretting originally hand embroidered designs in machine embroidery can be quite challenging to give it a style of its own and not to look like a lesser version of the hand embroidered piece. We aim not to replicate it, but to reimagine it. 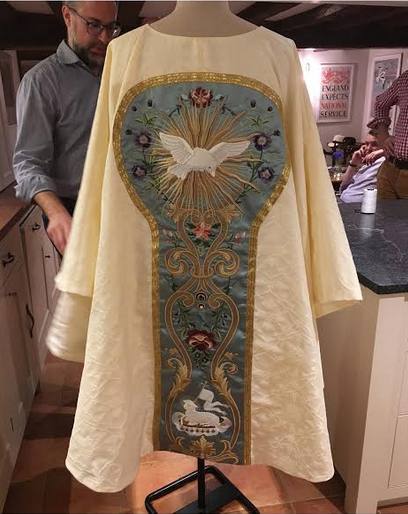