Last week was full of London Craft Week events, workshops and open houses. A few of which we had the delight to attend including an open house and embroidery demonstration at Erdem, an exhibition of embroidery artist Rosalind Wyatt’s work and a talk and demonstration by the Heritage Craft Association on the red list of endangered crafts.

We also have enjoyed participating ourselves with twice daily live stitching on display in The Service on Savile Row – thank you to everyone who came to see us! 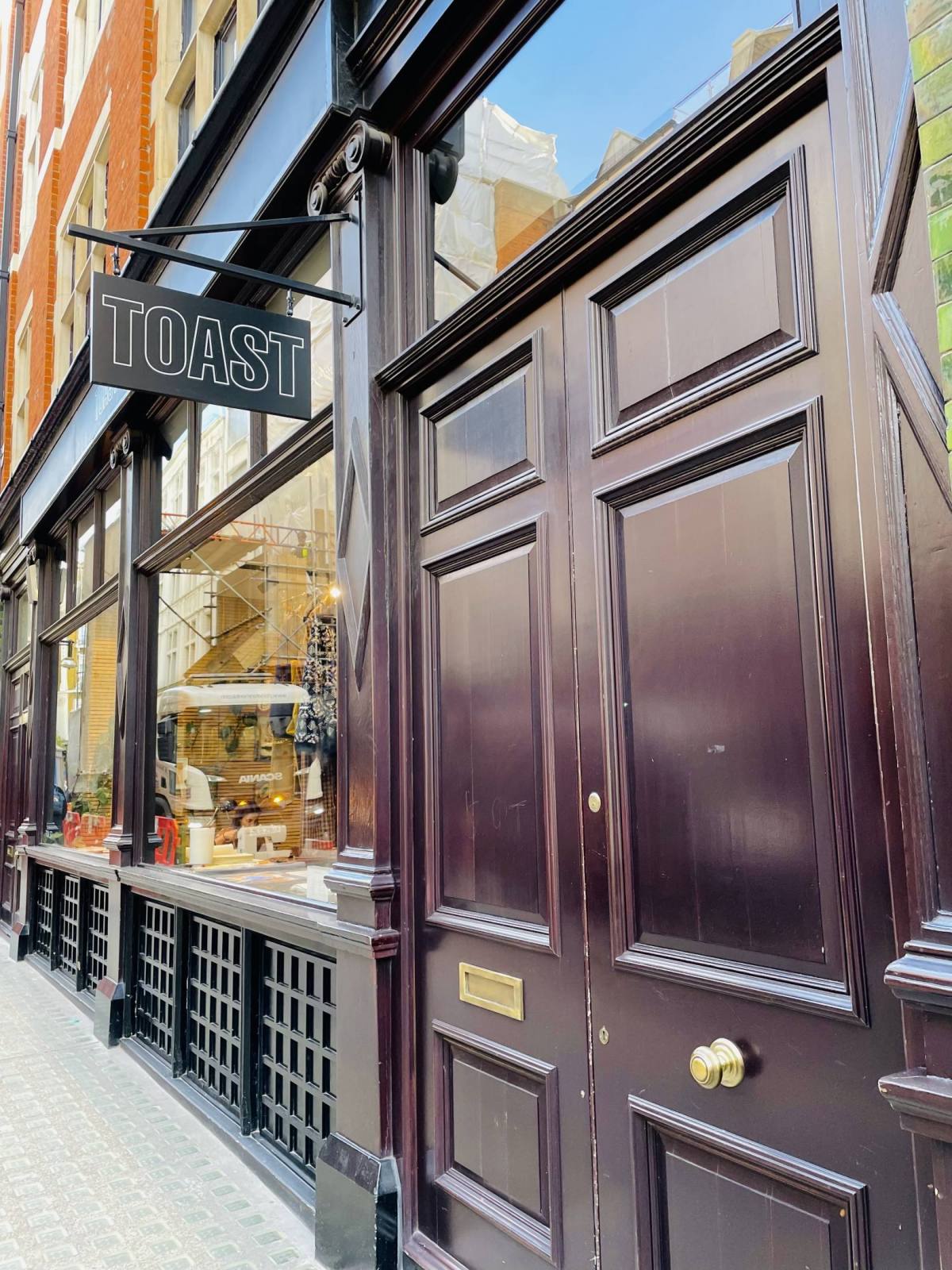 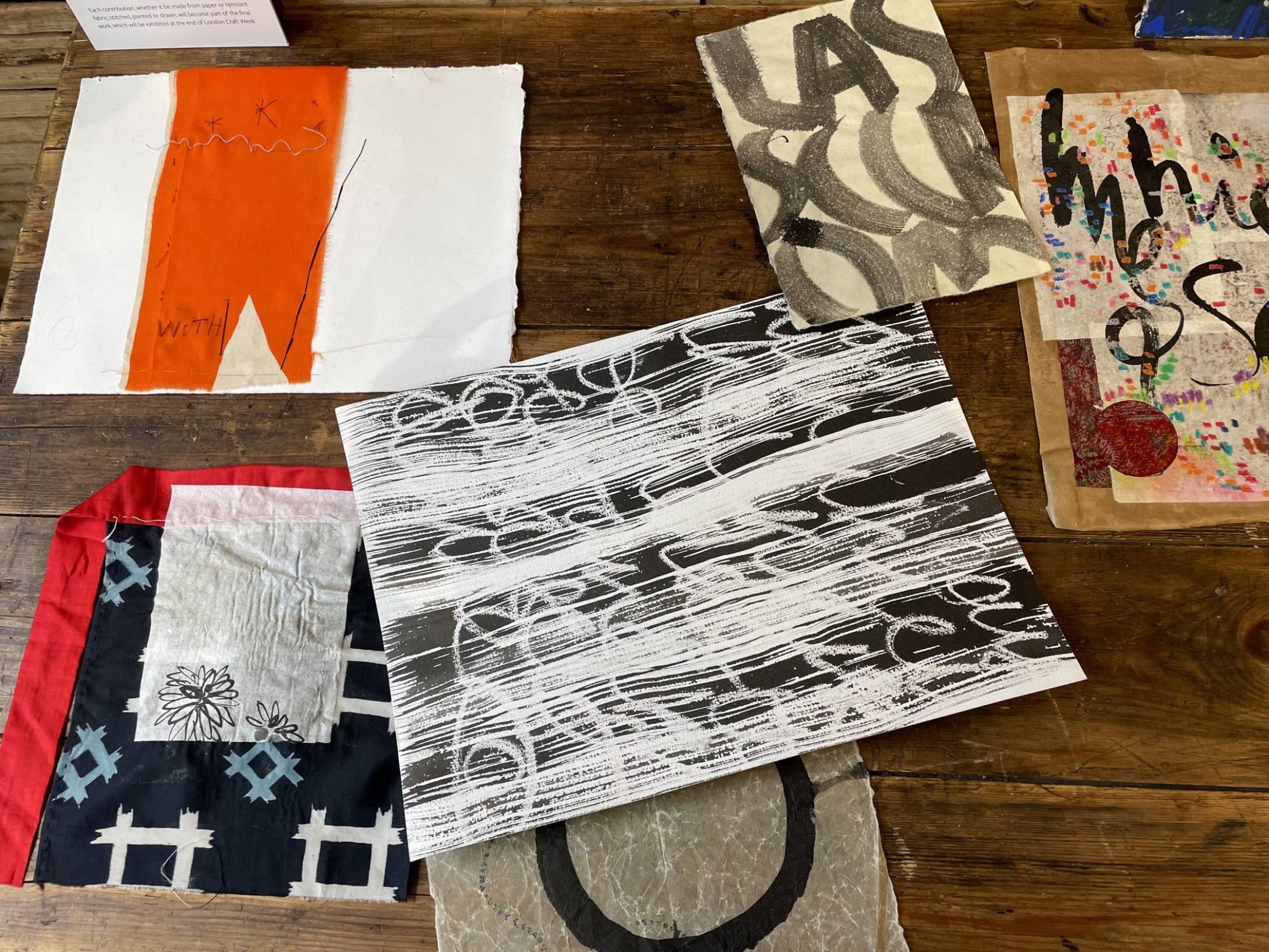 Rosalind Wyatt is a mixed-media and embroidery artist, most recognised for her embroidered letters and calligraphy. Some of these beautiful pieces were on show in store!

She considers handwriting a significant part of culture and people’s lives. Where calligraphy and cloth meet in her work signifies the emotion held in the textiles, emotions found in handwritten letters

She writes with her needle onto garments people have worn, encapsulating their emotions into their clothes. 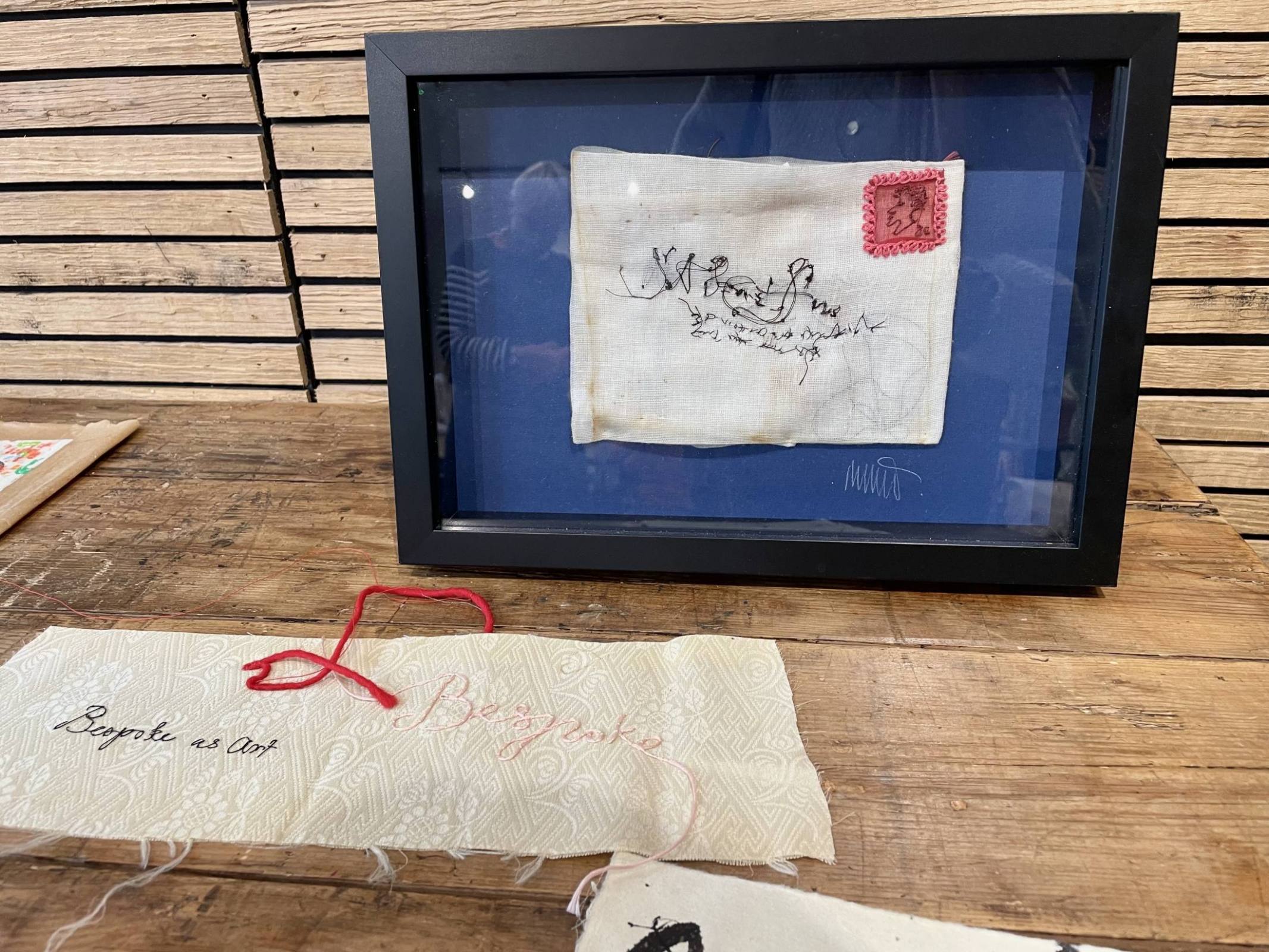 TOAST was also running a live workshop where participants leant the art of mixed-media textiles.  The workshop aimed to promote a more thoughtful way of life, sustaining traditional textiles techniques and craftsmanship. 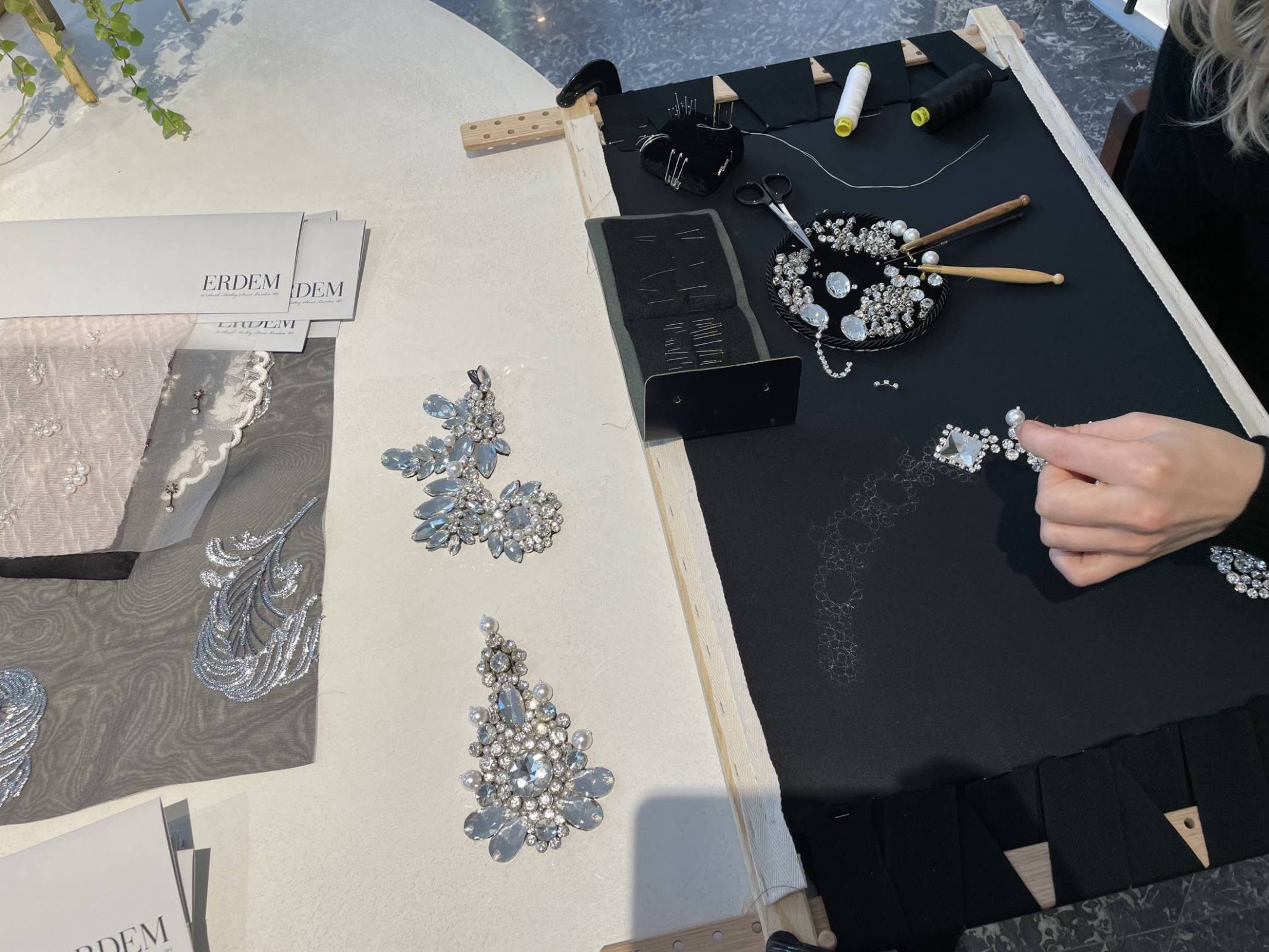 We were then lucky enough to attend Erdem’s open house to see some of their embroidery in process.

The demonstration featured a neckline for one of their dresses, being embellished in large crystals and beads on a frame, the dress itself was also on display in store to allow viewers to see the final outcome. 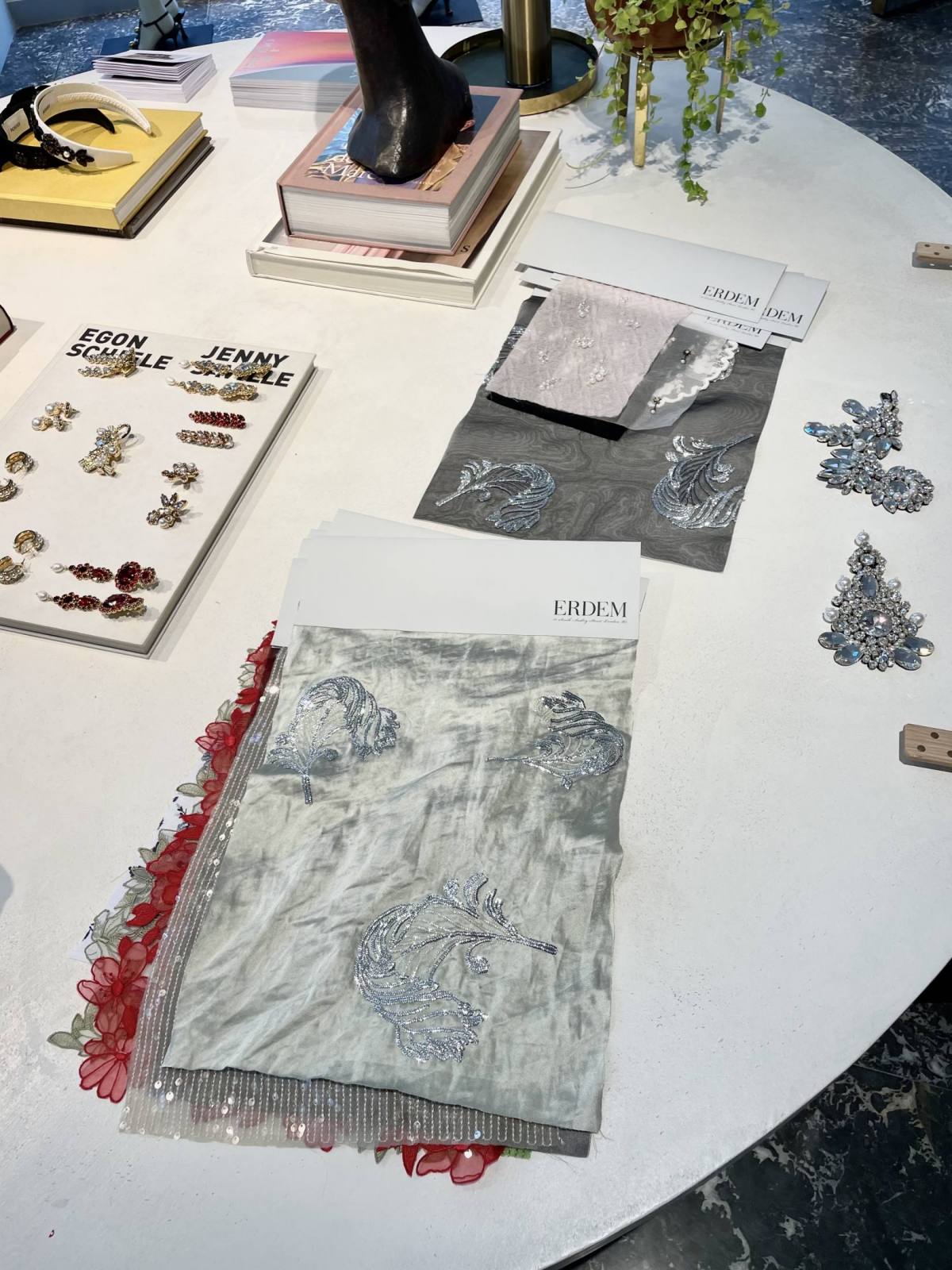 Erdem is a womenswear brand, based out of central London. Their collections are often finished with hand and machine embroidery – it was wonderful to see some of these samples too which were on show alongside the demonstration. 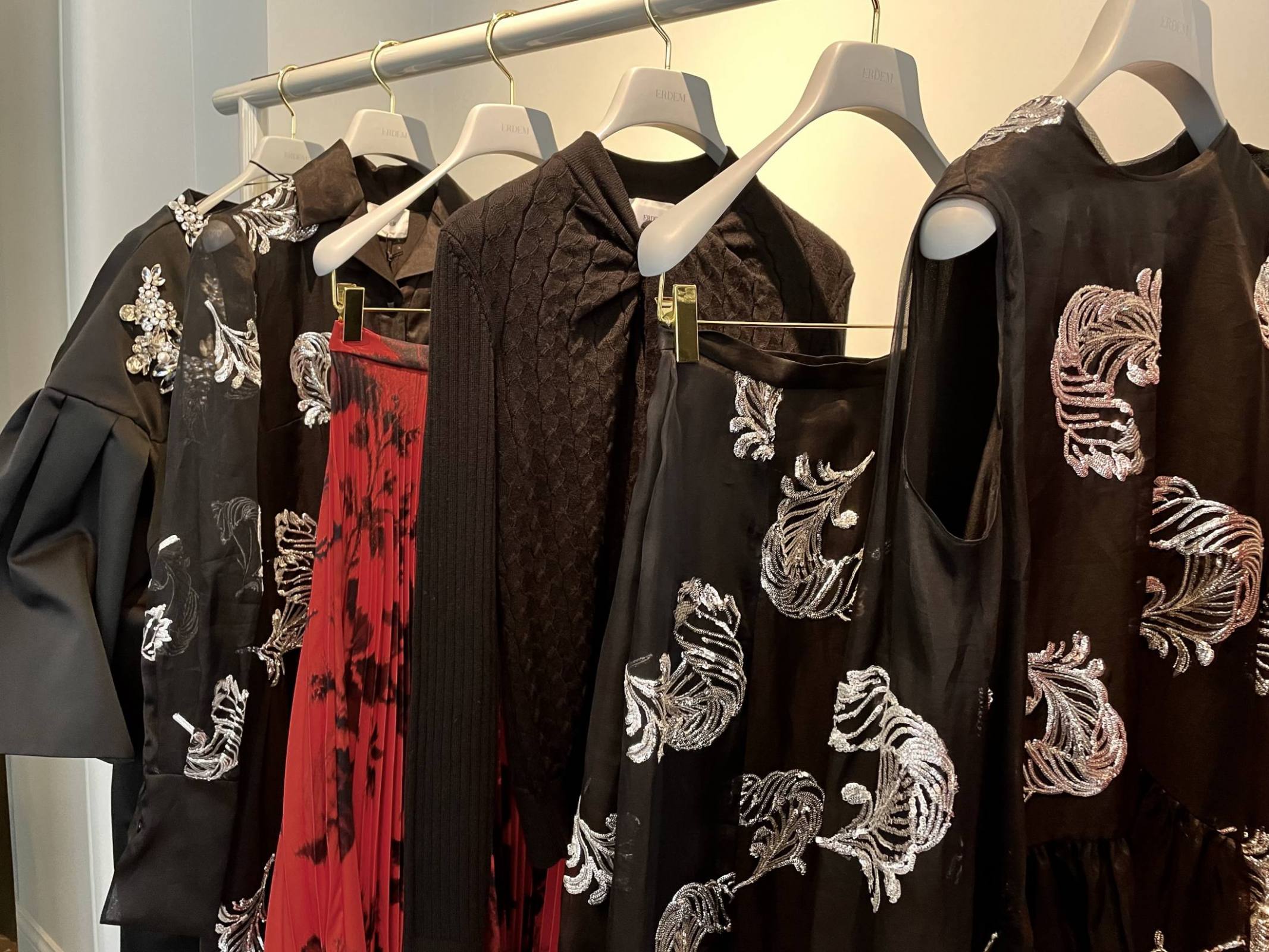 To end our London Craft Week adventures, we finally had the pleasure of attending the Heritage Crafts Association event held at Fortnum and Mason.  Fortnum and Mason are known for their long-associated traditions with craft and quality – the perfect venue to hold this event! 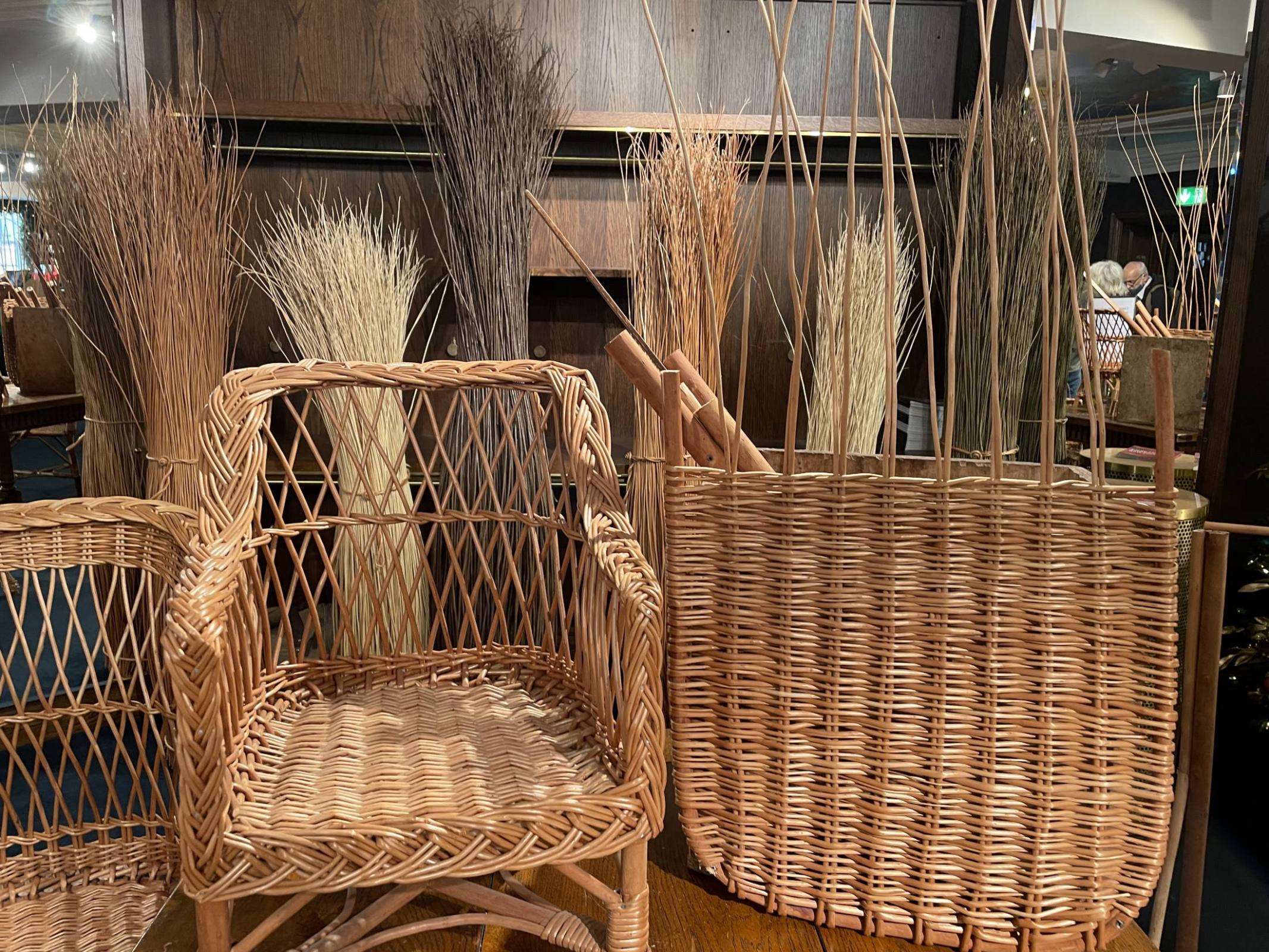 Basketwork Furniture making is a recognisable craft, however is critically endangered as only one company which supports the craft is left.  P.H Coate & Son was founded in 1819, and although the business has a new apprentice this wonderful craft is at risk! 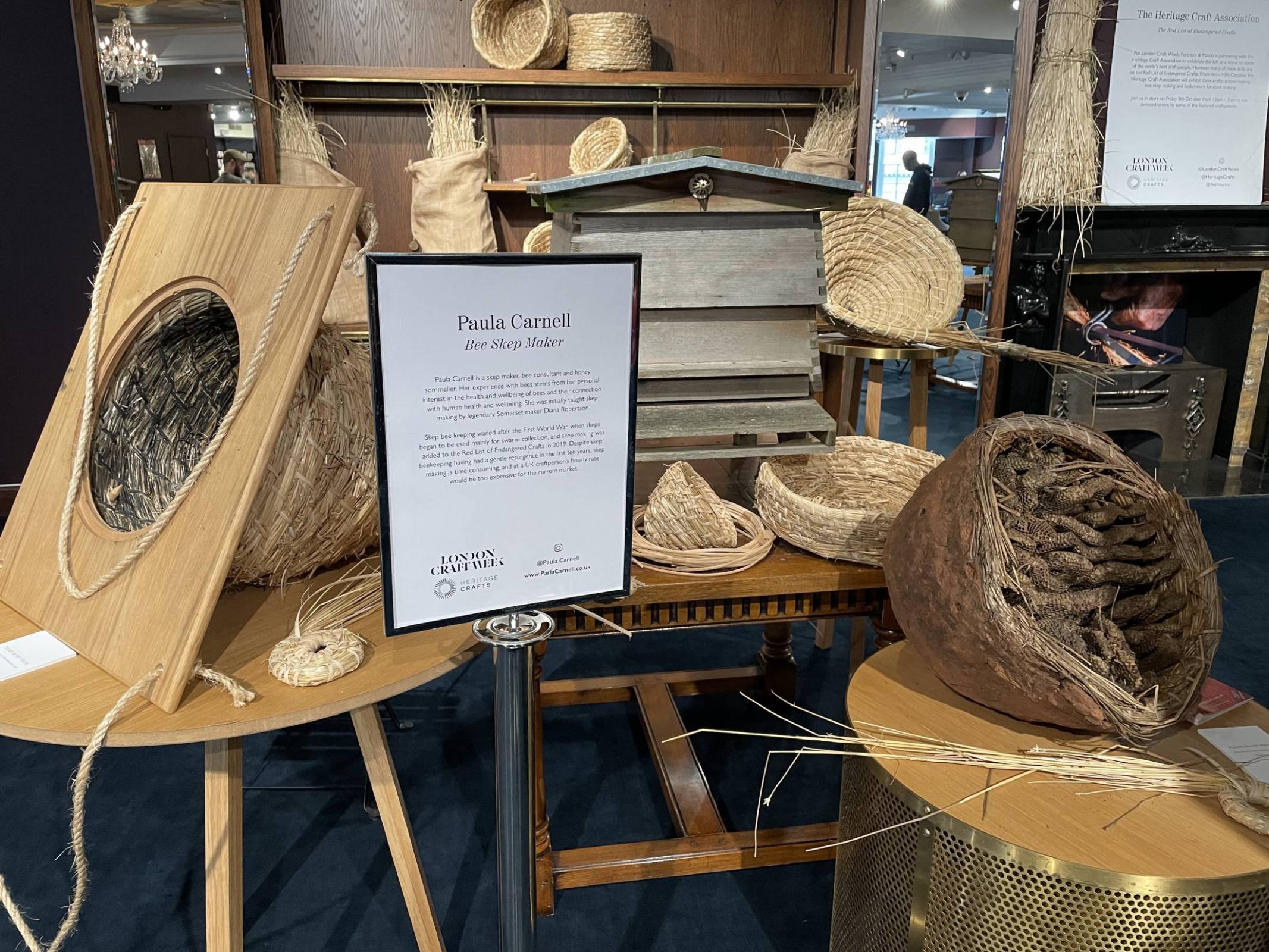 The straw baskets used in Beekeeping, known as Bee Skeps are beautiful objects in and of themselves.  The straw is twisted and bound in a continuous coil of lipwork with lapping (lapping can be made from bramble, willow and hazel). Whilst highly practical the craft started to wane after the First World War as Skep making is a highly time-consuming craft compared to its value. 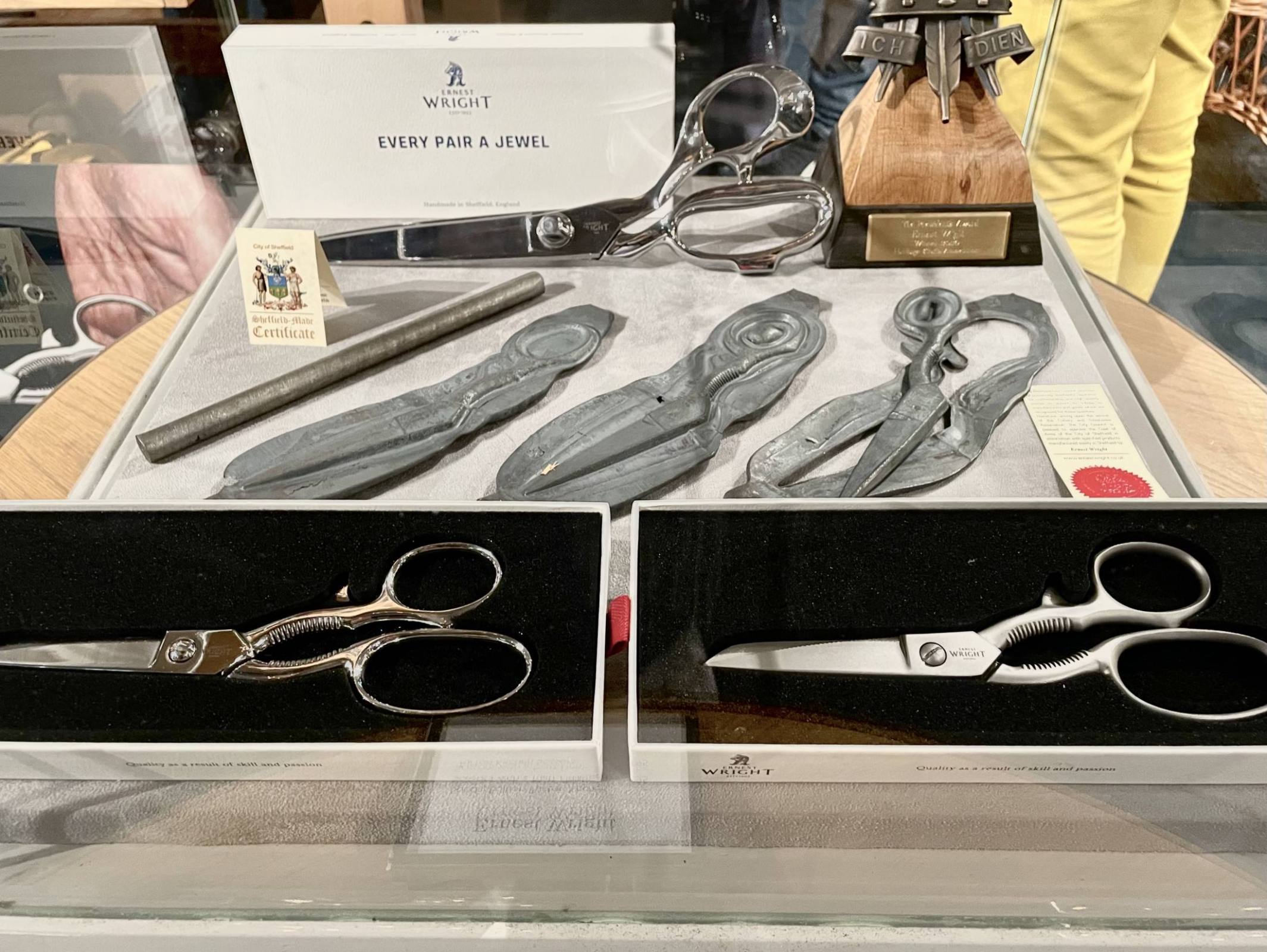 The final endangered craft on display was scissor making.  One of the last remaining companies to produce this craft is Ernest Wright.  The scissors are very high quality and long lasting – a durable crafted item.

We hope you have enjoyed London Craft Week as much as we have, thank you to all of the wonderful events that we attended!

Words by and Images: Rosie Watkins 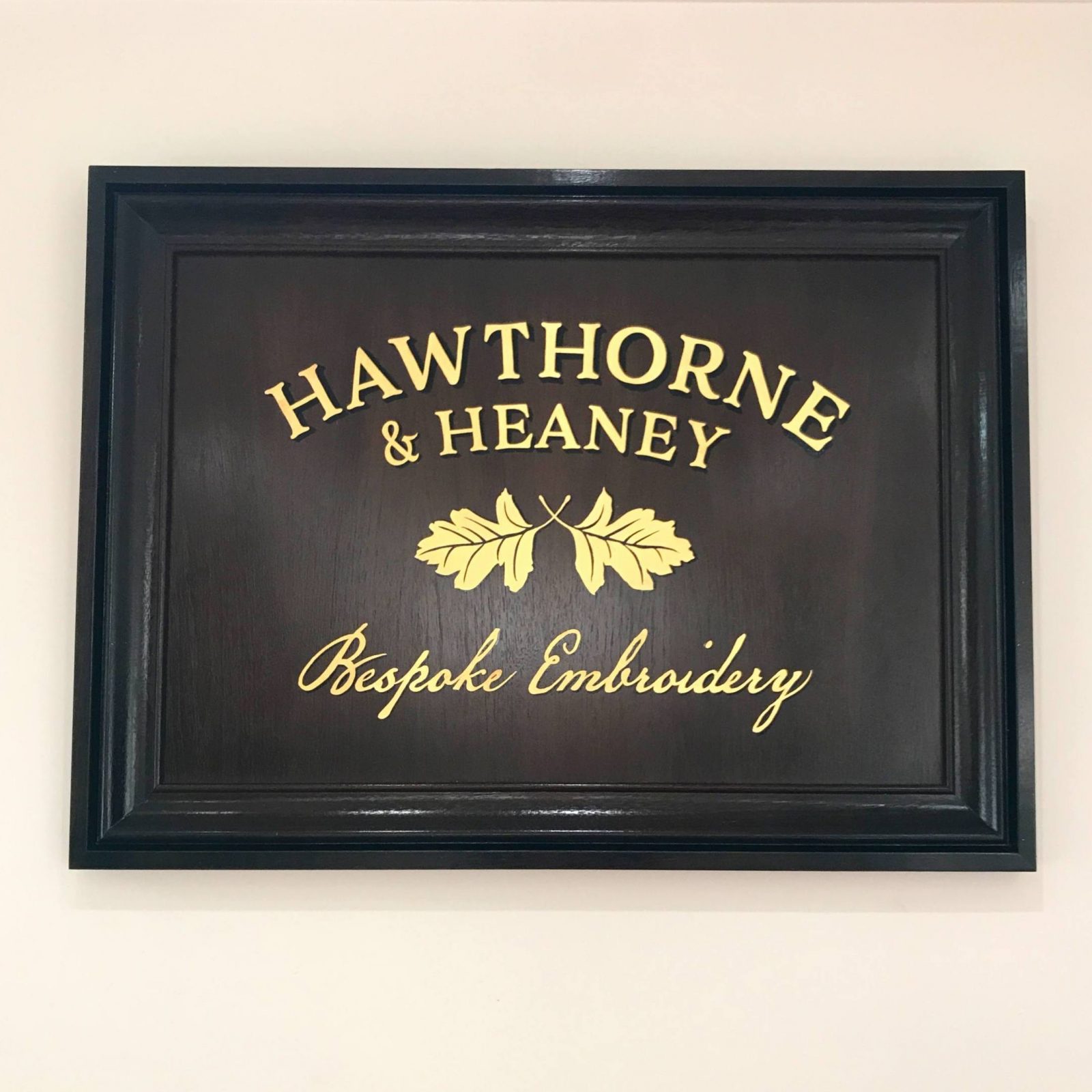 To mark lockdown easing, last month saw a Marketplace pop up in the area usually used as a cafe in the Service, Savile Row. Reinventing the space whilst we still were not able to have indoor seating, the ‘Theatre of Craft’ was organised by The Pollen Estate and Alpha Kilo to bring together crafts people from the world of bespoke tailoring. We were delighted to be involved in the creative space where we could display some of our wares along with the likes of fabric merchants ‘Dugdale Bros and Co’, Dry cleaning and pressing extraordinaires ‘Savile Row Valet’ to name a few. 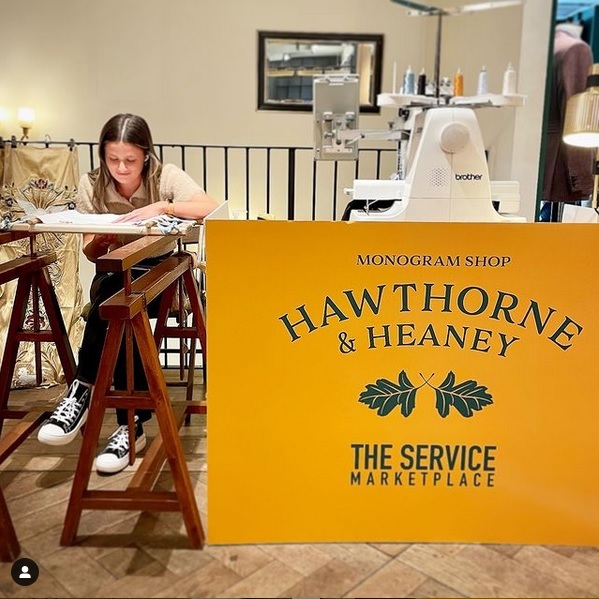 For our section we had live embroidery going on in the form of both hand and machine, here Victoria is demonstraing a hand embroidery kit from our sister company ‘London Embroidery School’ whilst the machine is running off a sample for interiors. 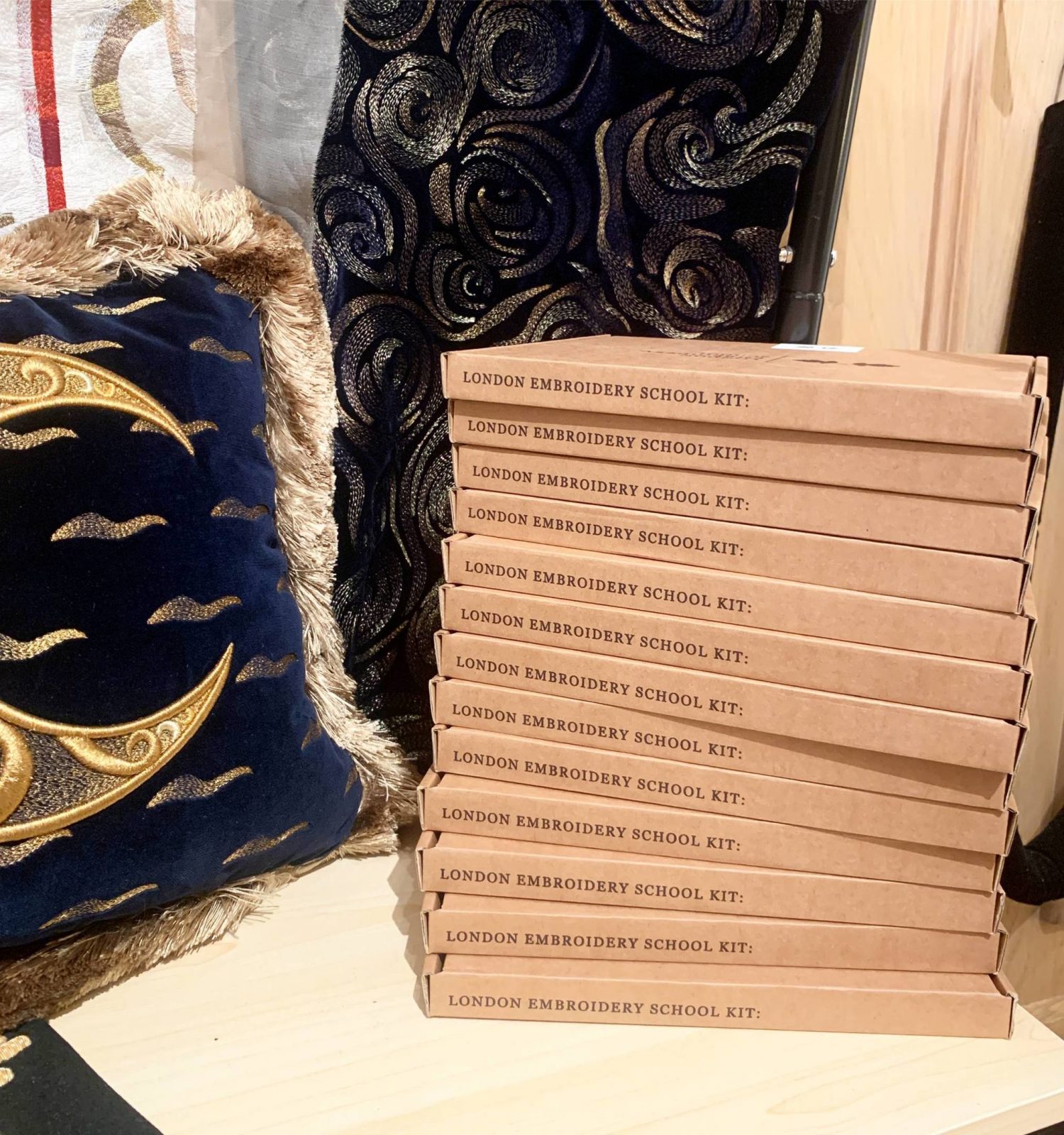 We also had a little display of our London Embroidery School kits amongst some of our favourite bespoke embroidery samples like these velvet pieces. 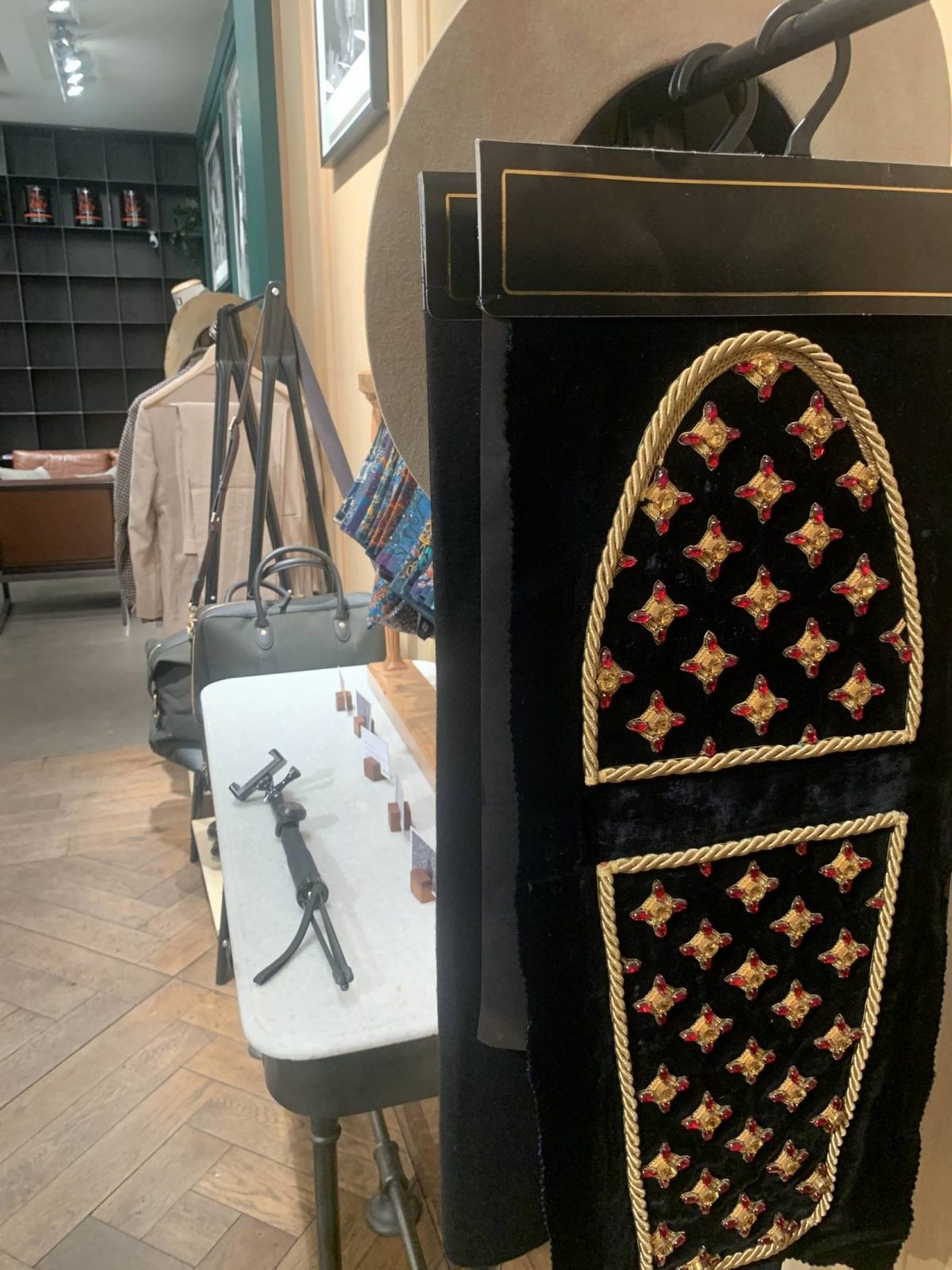 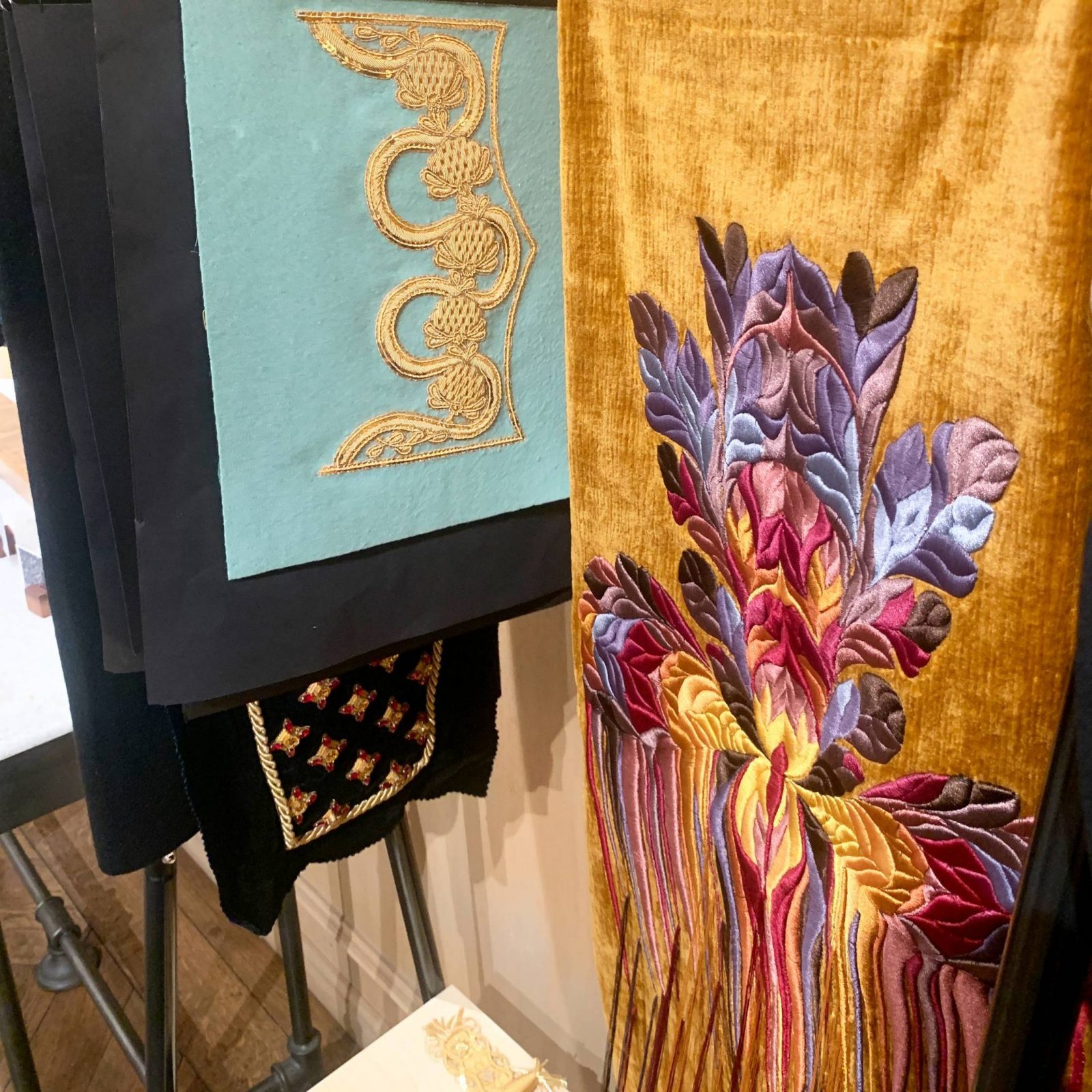 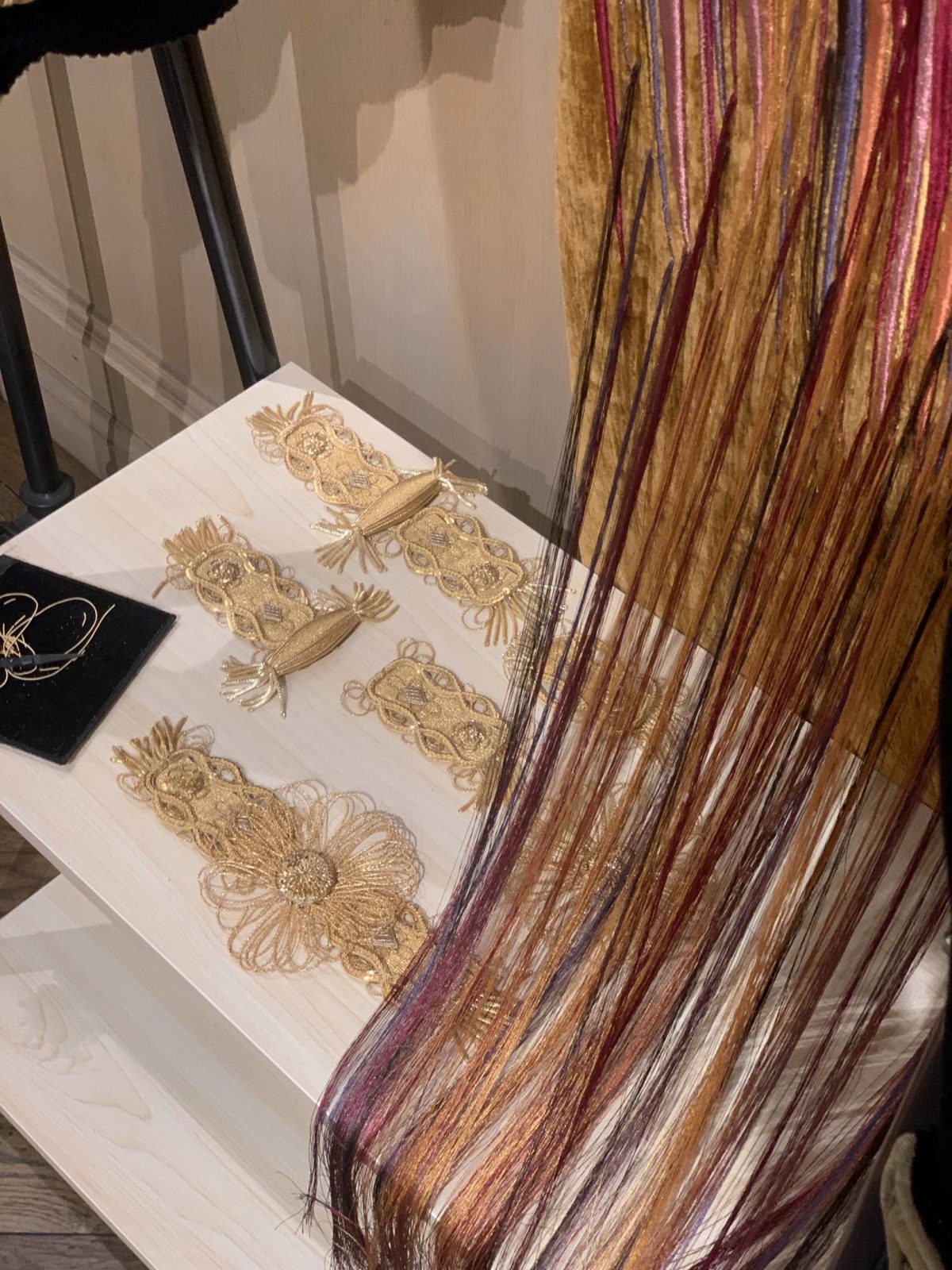 Always wonderful to be a part of such a creative community, especially in such an inspiring and historic area of London. If you would like to get us in for your own instore personalisation event, we are now taking bookings for the festive season 2021 so get in touch info@embroidery.london

Or if you want to do something a little more low key, why not try one of our London Embroidery School online classes and kits for yourself. Techniques and levels to suit you whatever stage you are at of your stitching journey.