2016 has been a pretty packed year for us at Hawthorne & Heaney, but one of the highlights has to be the Elle magazine cover we produced for their September issue. As one of 5 covers released we were delighted to be commissioned to produce this one for the project. 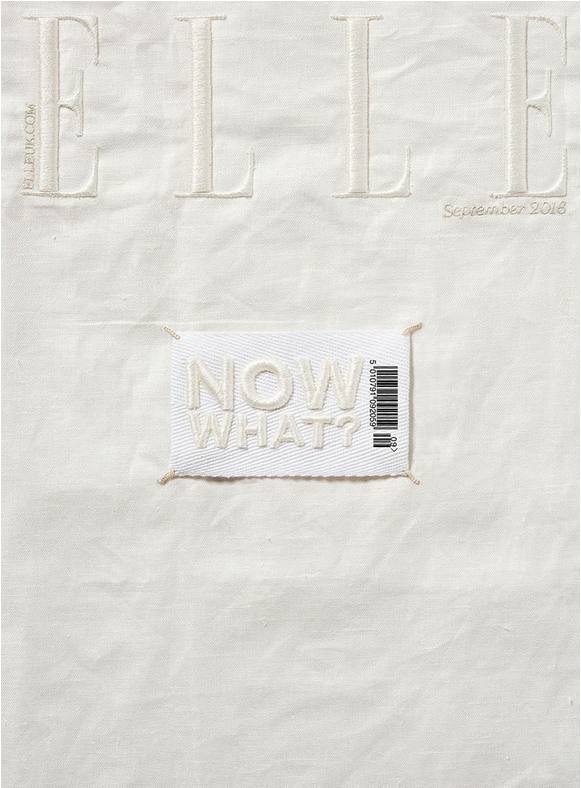 The theme of the issue was Icons of Change, as we shared the honour of the cover with the likes of Zayn Malik and Kristen Stewart. Our cover was designed to be as subtle as possible, a blank canvas on which the main question could be asked; ‘Now what?’ as the issue marks a change in direction for Elle magazine. 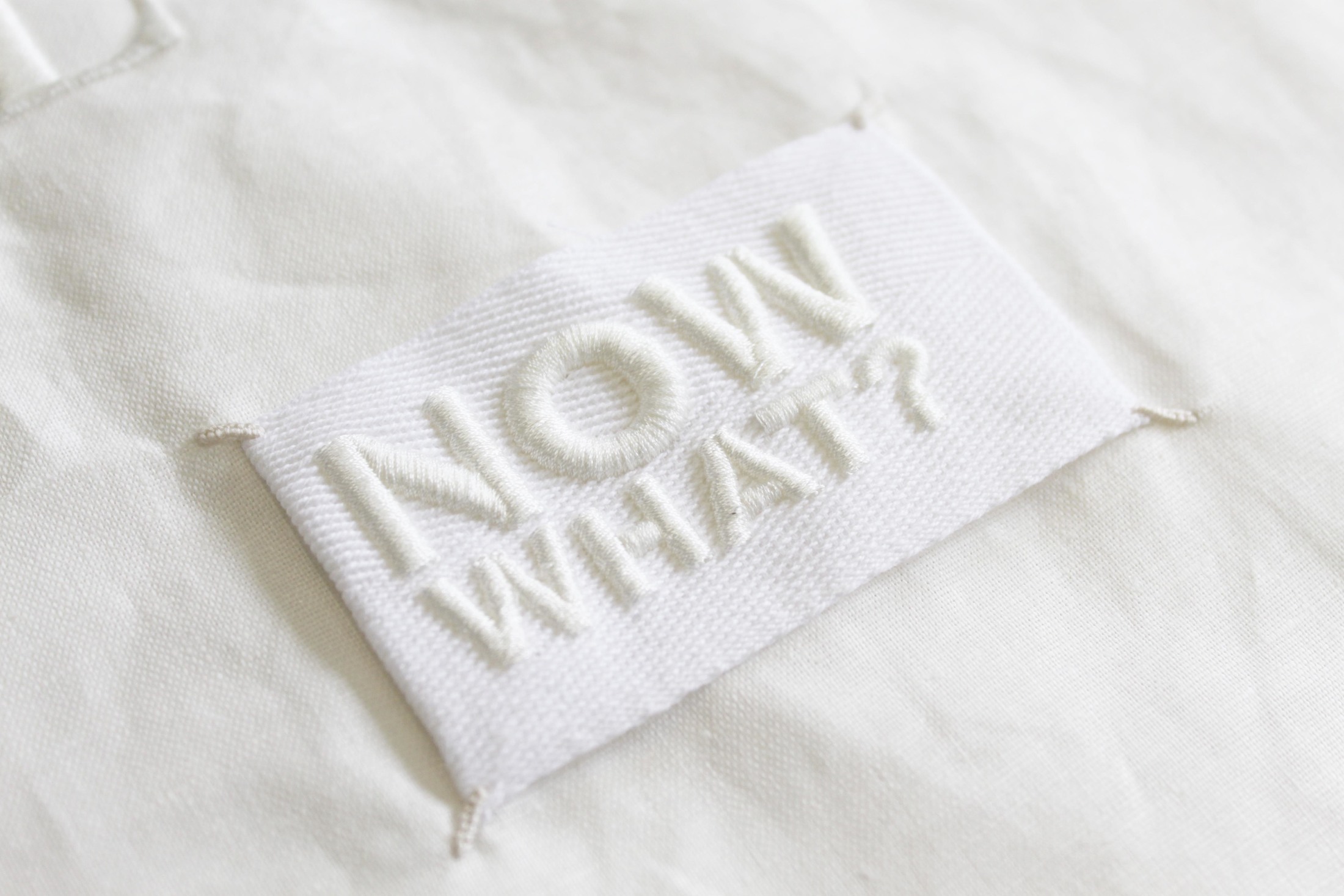 In house, it was a really exciting project for us as it gave us a rare opportunity to amalgamate hand and machine embroiderery techniques, unifying our departments. The main title and the label’s lettering were done by CAD machine embroidery in a light shine thread over raisings.  The finer details were added in hand embroidery which can be seen in ‘ElleUK.com’ and ‘September 2017’ as well as the stitches applying the label. 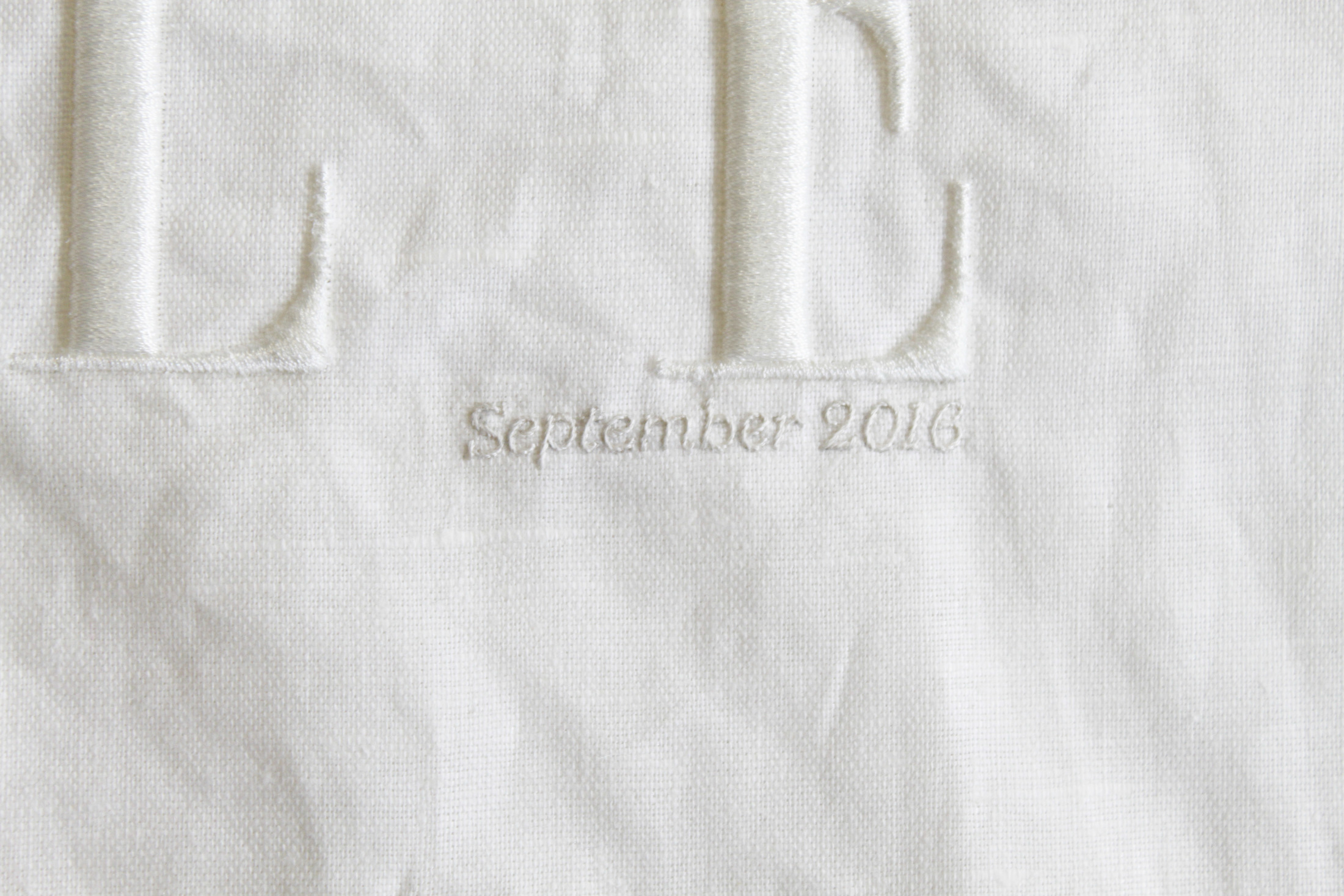 Along side the work itself, our name can be seen on the contents page. If you would like to see more on this issue, check out some of the features below: 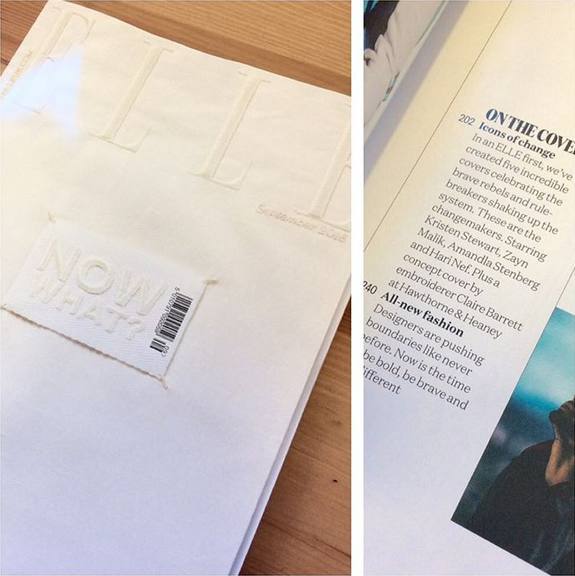