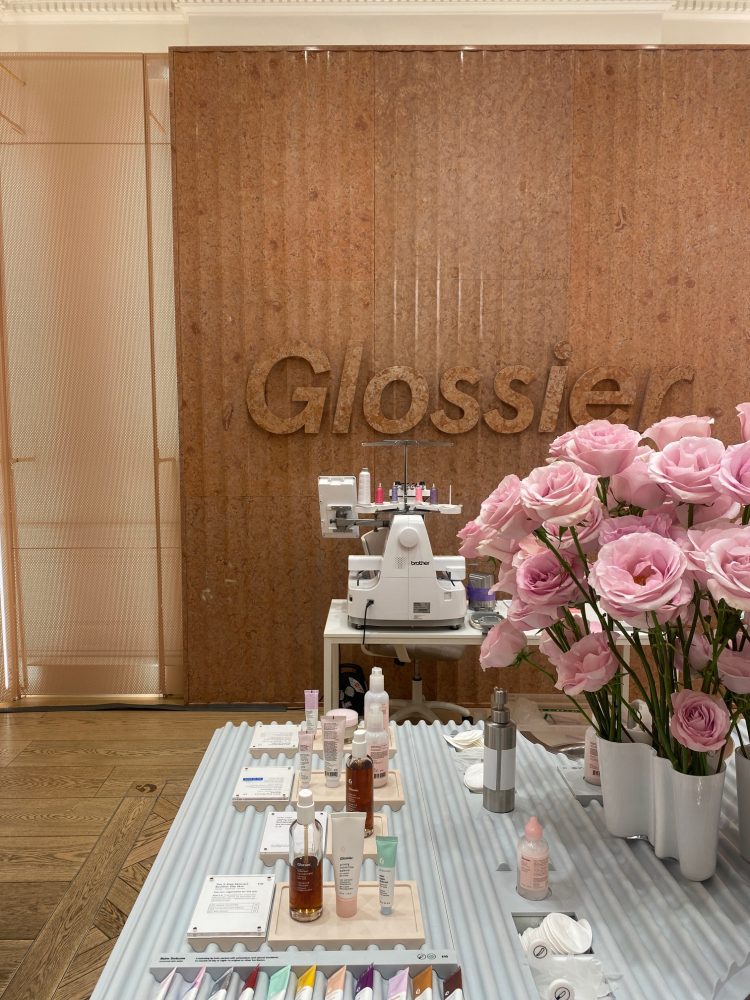 We have been extremely busy with personalised embroidery events recently, one of them being at Glossier’s flagship UK store in Covent Garden. The building it’s self is one of the most beautiful in Covent Garden, and the interior did not disappoint either. It was a stunning setting to work in, and we thoroughly enjoyed discussing […]

Hawthorne & Heaney for the Tiffany Gala 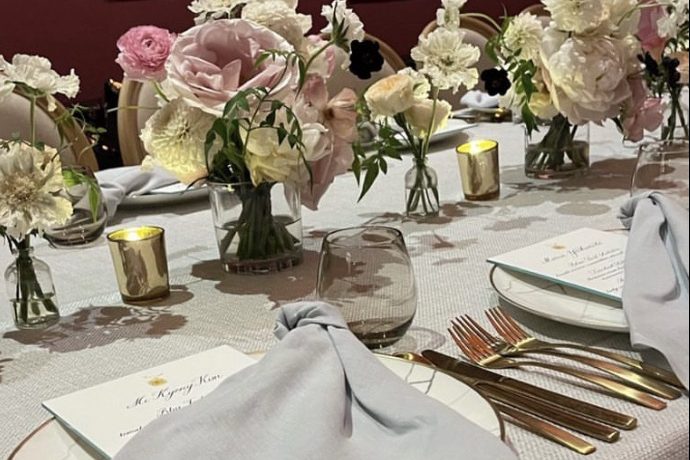 We recently had the pleasure of embroidering bespoke napkins for the August Tiffany Gala. The event was organised by Alison Price Co. at the National Gallery in London’s Trafalgar Square, a beautiful setting for luxury cocktails and an evening meal. We were commissioned to embroider the ‘Tiffany ‘ logo in aqua blue onto 180 napkins, […] 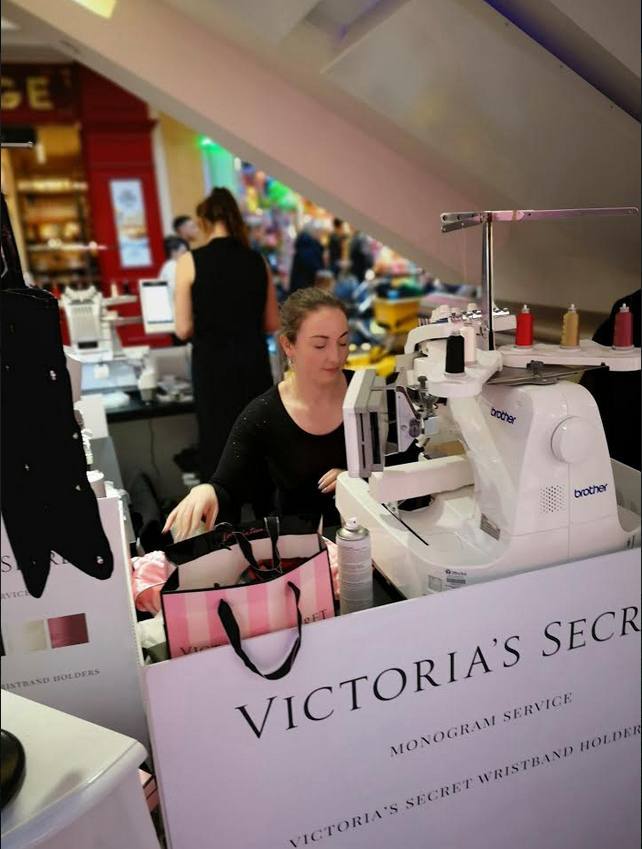 Did you catch us at Bluewater this weekend?This weekend past, Hawthorne & Heaney made camp in the Bluewater shopping center for Victoria’s Secret. We were personalising customers items from the sleepwear range which included robes, pyjamas, tshirts and shorts amonst their range. We were there for three days, with three machines so it is fair […]

Hawthorne & Heaney for Lack of Colour at Selfridges 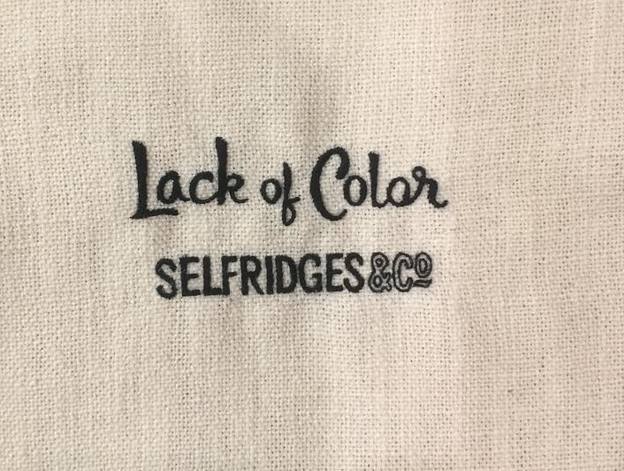 During last weekend, Hawthorne & Heaney set up camp in London’s Selfridges store for a monogramming event for Australian Hat brand ‘Lack of Color’. ‘Lack Of Color is the popular Australian label that produces a range of men’s and women’s hats available in seasonal colours and styles. Created by Tess Corvaia and Robert Tilbury, a […] 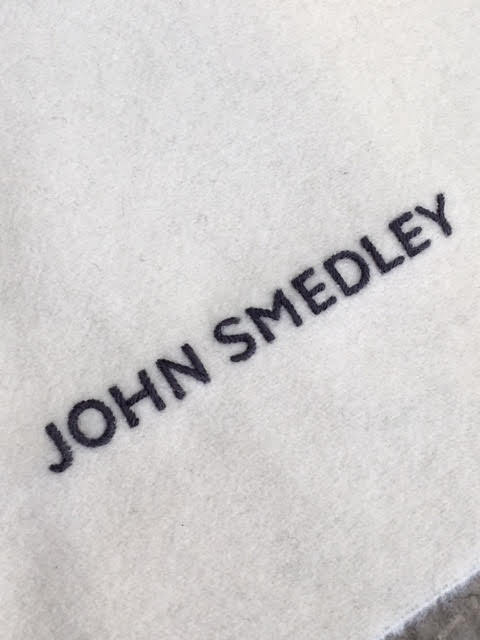 Here at Hawthorne & Heaney, we were very busy during London Craft Week. While having an explore around some exhibitions we also teamed up with John Smedley to personalise some of their lovely knitwear. Founded in 1784 they are one of the longest-running knitwear manufacturers in the world.  Specialising in beautifully designed garments that are made […] 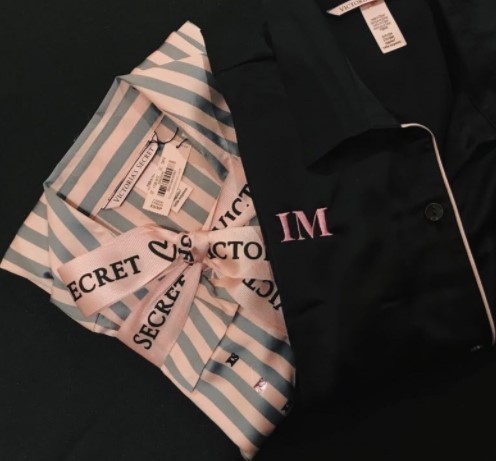 Last weekend, we had another monogramming event with lingerie brand Victoria Secret. It was held at their brand new store on bond street.   To celebrate their opening, customers were able to have their Victoria Secret robe personalised with their initials. They were able to choose from two fonts, and a range of colours. We […] 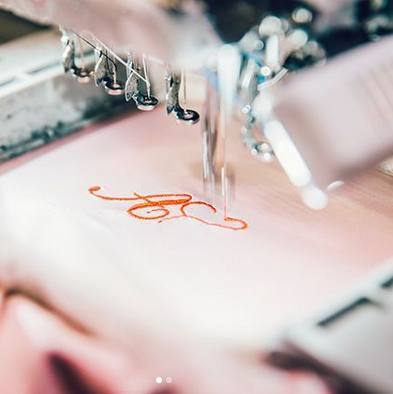 Last week Hawthorne & Heaney could be found at the Victoria’s Secret velentines day lauch, organised by Mission Media. The event was held at the gorgeous Elan Cafe in Knightsbridge which was just the perfect setting for us a glamous and romantic event. Guests were able to have their Victoria’s Secret robe personalised with their […] 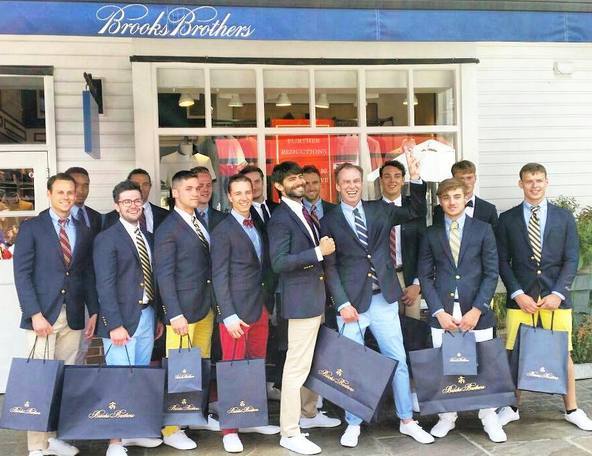 Last weekend Hawthorne & Heaney were at Brooks Brothers in Bicester Villiage for their annual celebration for America’s Independence Day known as Fourth of July. For their event Hawthorne & Heaney took part in personalising their products. Our in-house embroiderer Meg was at the fore front of the store, stitching onto shirts purchased by customers. This […]