Hands up, who wants to live in a space like this? 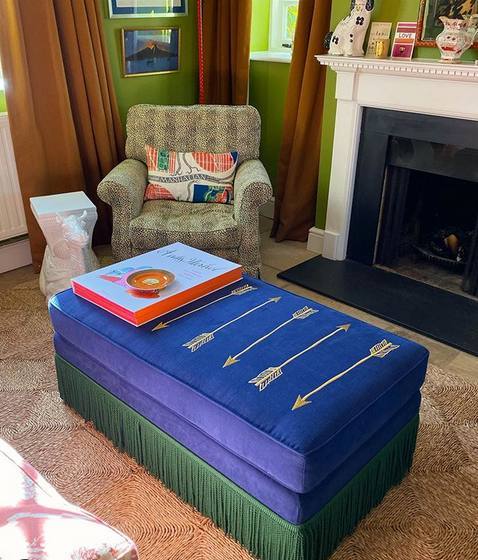 If you are anything like us then you haven’t got enough hands to express that completely. This shot is from the cottage of Luke Edward Hall, artist and designer who curated this space in his destinctive style.  Hall graduated from Central Saint Martins in 2012, setting up his studio in 2015 and has not stopped since. 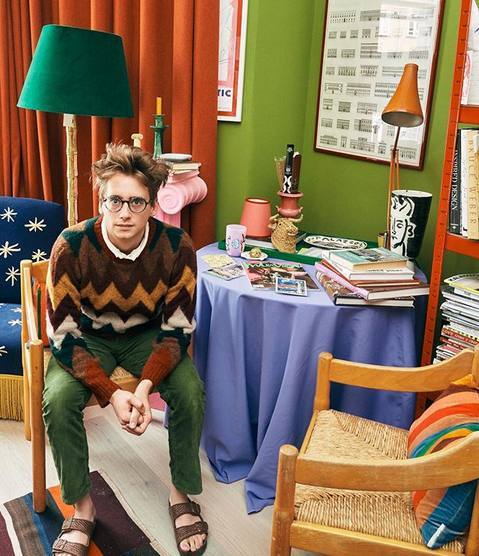 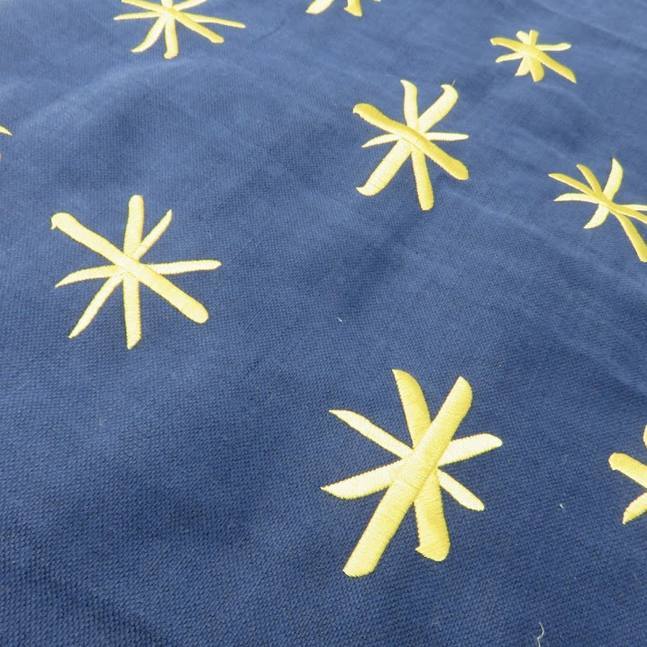 His historically influenced, slightly eccentric flair has sucessfully been adapted to many different outcomes, having collaborated with the likes of Lanvin, Burberry, Berry Bros. and Rudd on wine labels, slippers with Stubbs and Wootton, ceramics with Richard Ginori and home accessories with The Rug Company. 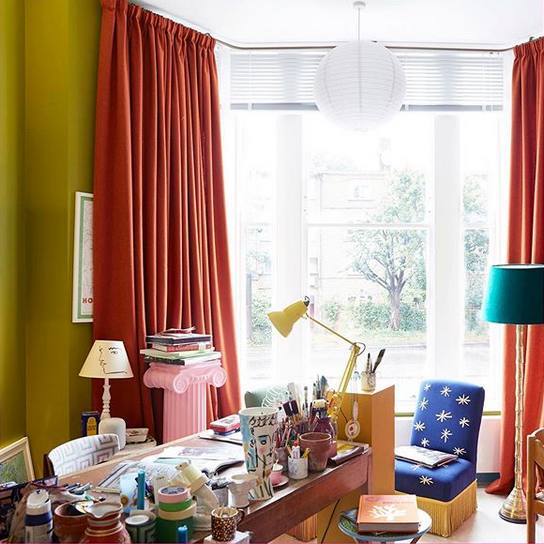 Since 2018 we have had the pleasure of working on the occasional piece for him, using our skills to bring his style to an embroidered textile outcome. Once upholstered they make for really striking center pieces. 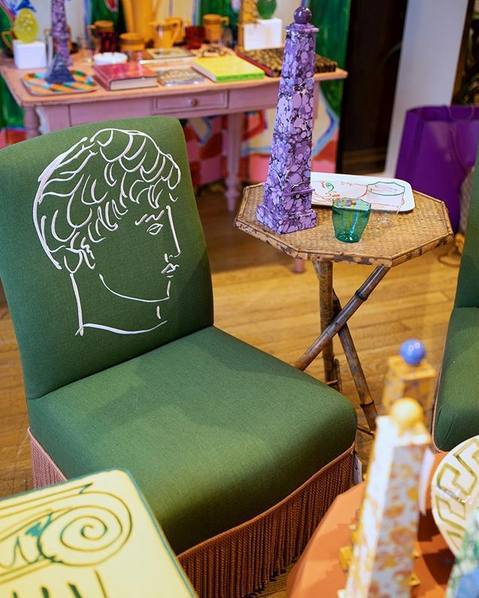 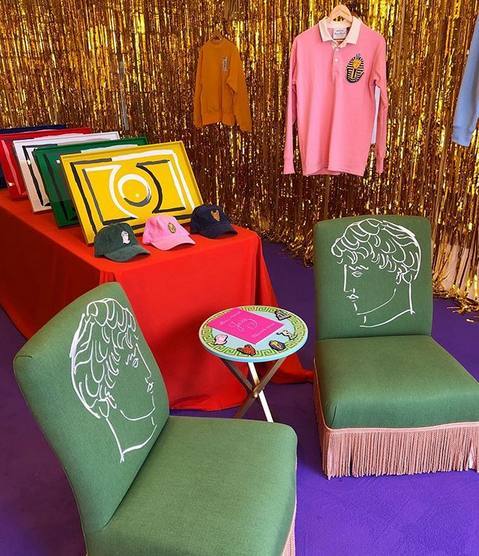 We work very closely with the original artwork to maintain the immediacy of Hall’s illustrations, to emulate their charm in stitches. Thinking carefully about the way that would have been drawn initially, the order of the strokes and the charater of the drawing medium used. 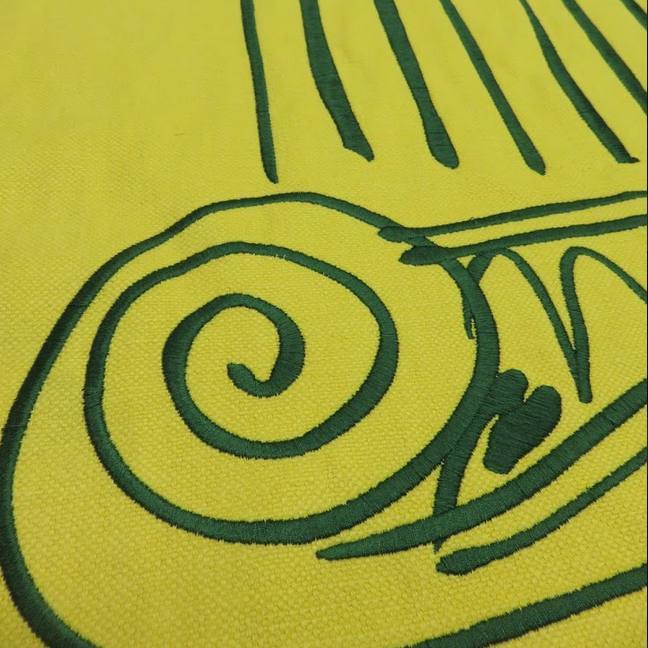 Hall’s choice of colour is always spot on and is one of the main features that gives his works such a destinctive style. 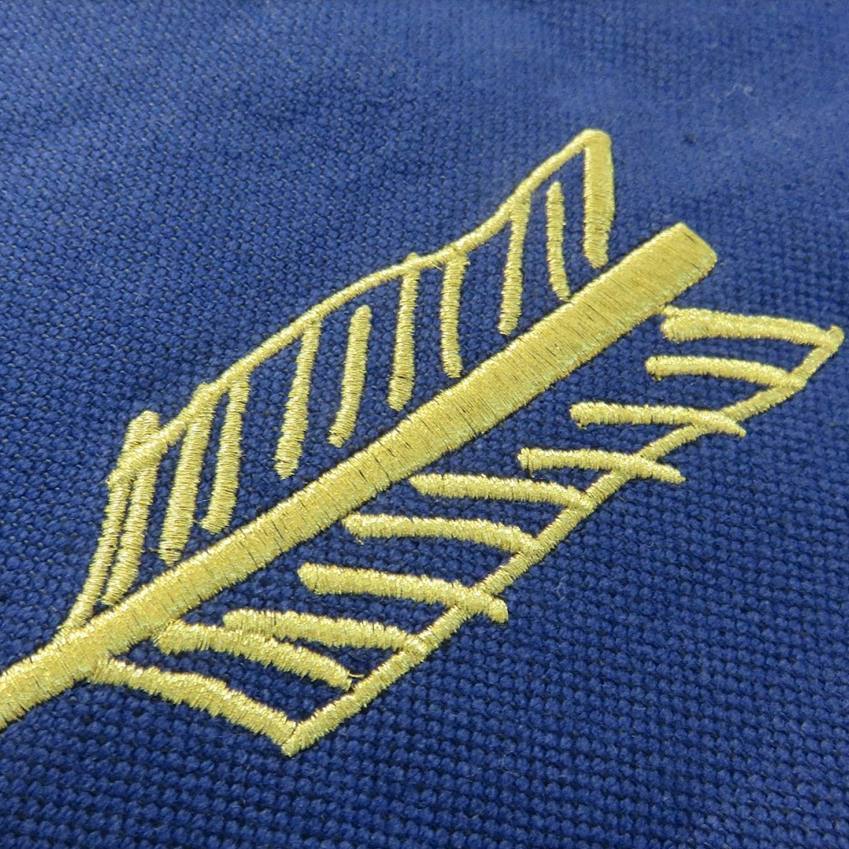 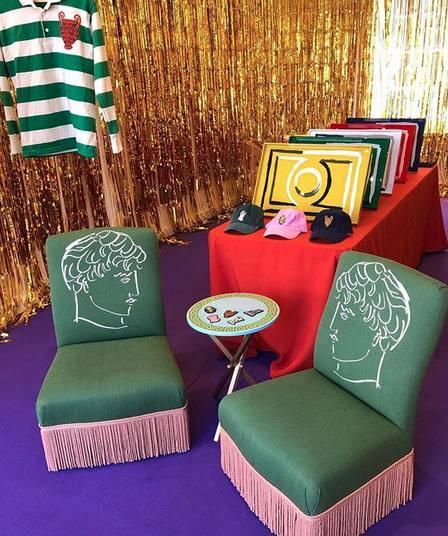 This summer, we were lucky enough to be approach by the artist and interior designer; Luke Edward Hall in preparation for the opening of his summer shop in Belgravia. 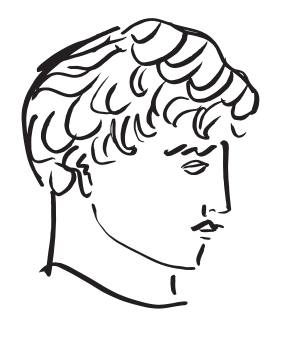 He wanted to have two chairs embroidered with one of his designs, so we took his illustration (above) and created it as an embroidery which he then had made into these two gorgeous pieces. 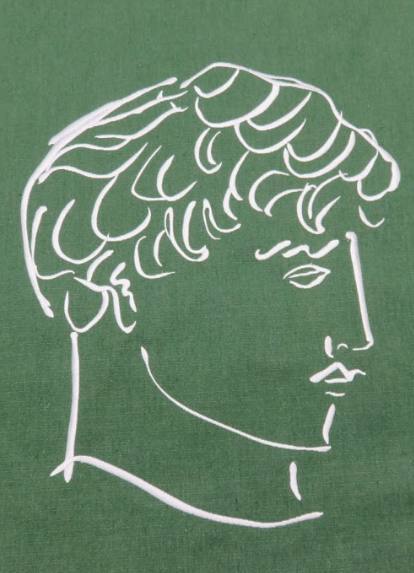 Stitched out on the green canvas, I think you will agree the chairs reflect the illustration very well and fit in with his ‘Greco-Disco’ style. The fabric was then made up by HOWE at 36 Bourne Street to  result in the finished pieces. We just love it when a collaborative effort come out this strongly. 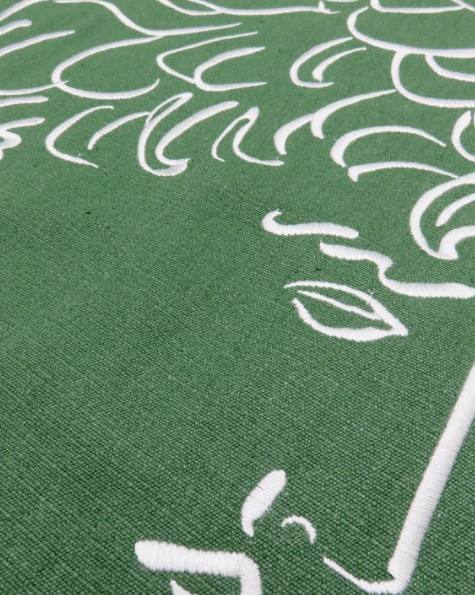