Here at Hawthorne & Heaney, we get a wide variety of projects to work on. One of the great things about working in such a creative industry is to see where people get their inspiration from and in turn having your own knowledge expanded. One such project is a collar piece which we worked on for a suit by a city tailor, where the inspiration was drawn from a little know archeological site called Mohenjo-daro or ‘Mound of the dead men’. 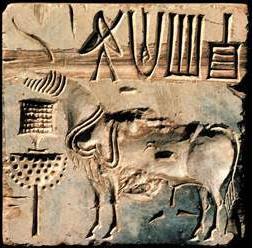 The symbols were taken from pieces that were discovered at the site which is in Pakistan from what is thought to be a stamp or seal. Located in the Indus Valley, the original name of the city is unknown but they are know to supposedly had the world’s first known toilets, along other developments in civilisation such as complex stone weights, elaborately drilled gemstone necklaces and exquisitely carved seal stones featuring one of the world’s stubbornly undeciphered scripts. It is this Indus script upon which we based the design which was then excicuted in antique styled goldwork techniques. 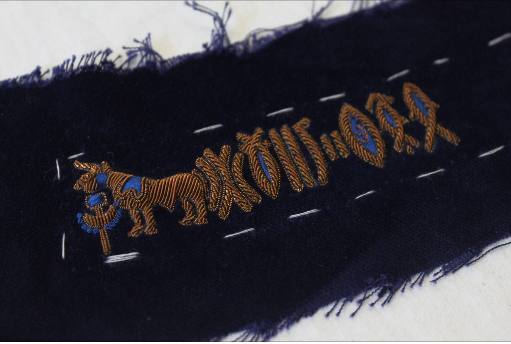 The height of the raisings of the embroidery and the blue highlights really bring this piece to life, from the unicorn to the mask.