The exhibition Frida Kahlo: Making Herself Up is currently at the Victoria and Albert Museum in London and we recently took the chance to visit. This unique show gives a detailed overview of Kahlo’s life: her family and heritage; her politics; her relationship with mural painter Diego Rivera; the near-fatal accident that caused her a lifetime of pain; and most importantly, how she constructed her image and the way in which she lived her life.

Upon Kahlo’s death in 1954, her husband Rivera locked up her most valuable possessions in the bathroom of the Casa Azul (The Blue House, their home in Mexico) and instructed that it not be opened until 15 years after her death. In 2004 this bathroom was opened, and the contents of the room went on display at the Casa Azul as a museum dedicated to her life. These objects are what now fill the exhibition space at the V&A, carefully shipped thousands of miles to be shown outside of Mexico for the first time.

The exhibition begins with old photographs of Kahlo and her family, some of which are adorned with Kahlo’s handwritten notes. Some simply label family members, whereas others are more personal: for example, on the back of Kahlo’s Communion photo she has scrawled “¡IDIOTA!” as she renounced Catholicism later in life.

The show continues through a series of rooms to Kahlo’s accessories: heavy jade necklaces; crescent earrings featuring paired birds, which are traditional of Mexican jewellery; and hand-woven ‘Rebozo’ shawls and ‘Morrale’ sack bags. These items highlight Kahlo’s pride in her Mexican heritage.

We then move on to Kahlo’s possessions, perhaps one of the most personal parts of the exhibition. Intimate items are on display such as used lipsticks and empty medicine bottles accompanied by letters to and from her various doctors.

Kahlo’s suffering due to childhood polio and a car accident at the age of 18 lies at the foundation of some of these objects. For most of her life she wore uncomfortable corsets to help support her back and alleviate pain, some of which were made of plaster and decorated with painting as Kahlo used them like a canvas.

Finally, the main feature of the exhibition is a stunning display case of Kahlo’s clothing. Kahlo is renowned for her combinations of indigenous garments from different regions of Mexico, and she was photographed in such outfits many times. To see them up close in real life is breathtaking.

Detailed embroidery is present in most of the outfits, from complexly shaded flowers and birds to cross stitch to traditional Chinese embroidery (due to Kahlo’s fascination with Chinatown when she moved to the USA with Rivera). The exhibition gives details of her most striking outfits, describing how she was followed by children when in the USA, who asked “Where is the circus?”.

There are some of Kahlo’s paintings – mainly self portraits as she used herself as a subject when painting from her bed – but the exhibition mainly focuses on Kahlo’s items and how she presented the complex layers of her identity within her life. It states that her wardrobe was not staged: she dressed up even when she wasn’t expecting visitors, and even when she was in bed rest.

Frida Kahlo: Making Herself Up is a bewitching and intimate exhibition. The items on display are fascinating, and through them the personal details of how Kahlo naturally lived an artistic life – despite her misfortunes and pain – are revealed. A must-see for anyone interested in textiles, and anyone interested in Frida Kahlo’s complex and inspiring life.

It is always wonderful to see what culture and history London has to offer and at the moment, the British Museum has 2 exhibitions on that will be of interest to anyone whole appreciates textiles. Following on from the very sucessful ‘Fabrics of India’ exhibition, they have the ‘Krishna in the garden of Assam’ piece. Also showing now in the main collections are a range of Islamic Footwear some of which regulars may recognise from the ‘Shoes: Pleasure & Pain’ exhibition.

Krishna in the garden of Assam the cultural context of an Indian textile: 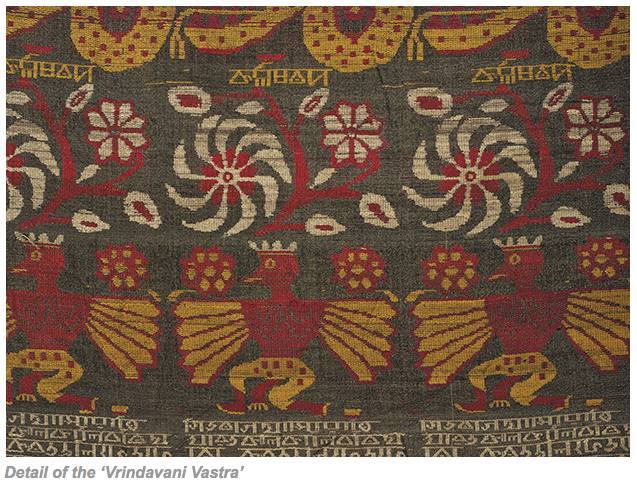 Currently on display at the British Museum is the ‘Vrindavani Vastra’ (cloth of Vrindavan), which is reported to be the largest surviving example of an Assamese devotional textile. Made from woven silk, this beautiful textile depicts the Hindu god Krishna and his life in the forest of Vrindavan. Produced circa 1680, and measuring over 9 metres, the textile features both imagery and text demonstrating the highly skilled and most unusual weaving techniques that must have existed in India at this time. 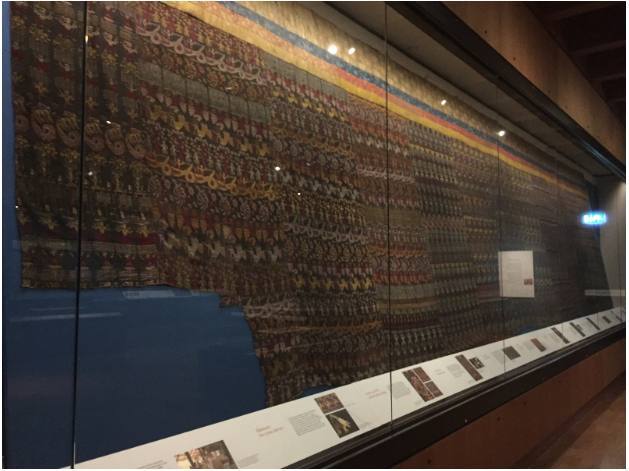 The Banyan gown pictured below is made of Chinese floral damask with a lining that is also made from pieces of similar Vrindavani textile woven sometime between 1550 and 1800. The re-use of such textiles in items of clothing has helped to ensure their survival today although sadly the weaving techniques that produced them have since been lost. 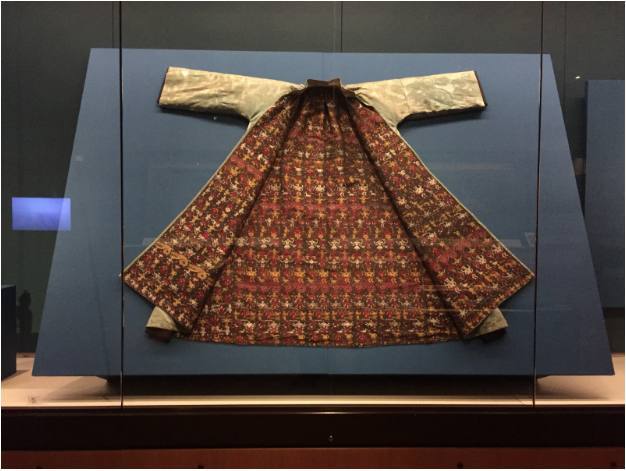 Alongside the other exhibits, including masks, garments, and manuscripts, a short introductory film and an exciting video artwork combine to build a picture of late 17th century lndian history and of Krishna worship. 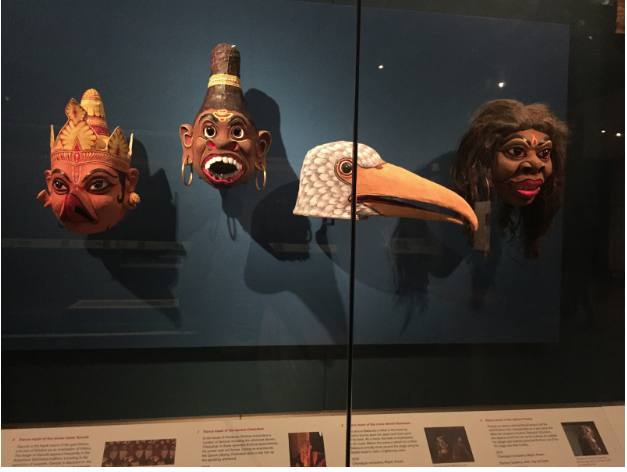 The exhibition Krishna in the garden of Assam is at The British Museum 21 January – 15 August 2016. Admission is free.

Life and Sole: Footwear from the Islamic world

Also on display at the British Museum is the Life and sole exhibition, in which footwear reveals an intriguing insight into the historical, as well as current, social and cultural aspects of life in Islamic countries. 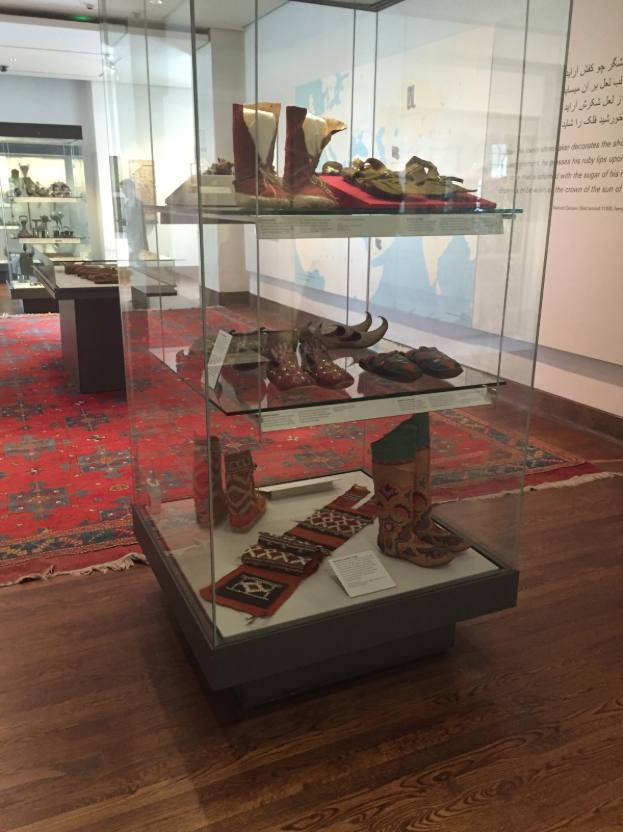 The display features shoes and footwear of different styles, materials, and production techniques, dating from circa 1800, and originating from North Africa, the Middle East, Turkey, Central Asia and South Asia. 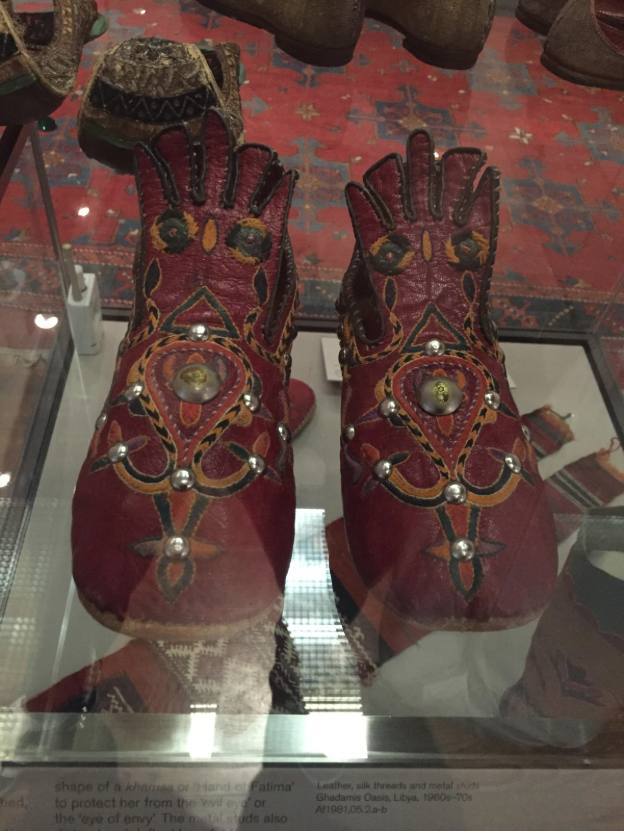 From stilted bath clogs for bathing, to beautiful hand embroidered red leather wedding slippers, the display tells a story of people and their lifestyles and demonstrates the influence of politics and international trade on the fashion of footwear. 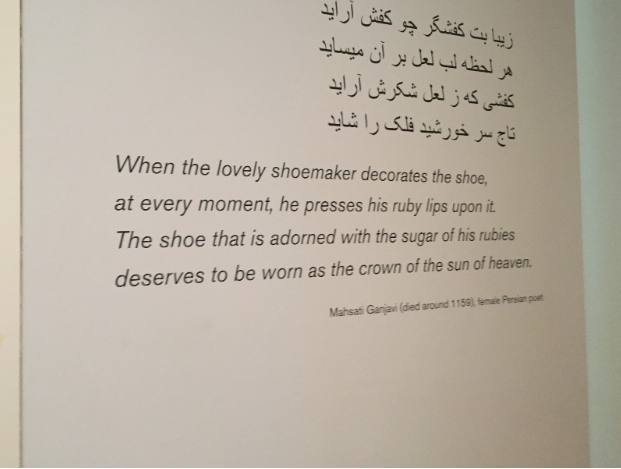 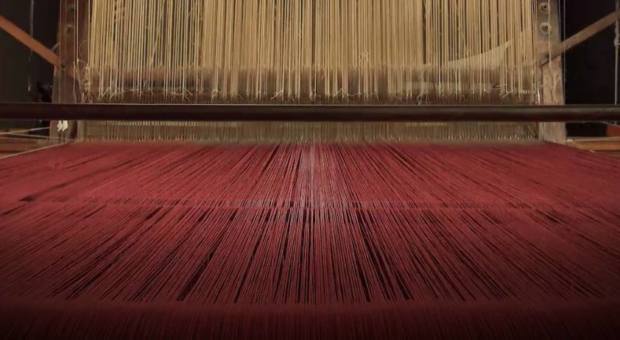 Anytime we come across a brand or a maker who shares an ethos with us we like to share them with you and Antico Setificio Fiorentino is one such brand. They make beautiful, traditional silks on handwoven looms in the San Frediano in Florentine tradition as they have since 1786. Their website and literature is a veritable what’s what of silk, explaining the differences in the silks and their corresponding patterns in exceptional detail. From Erminsino to Filaticcio, Broccatello to Lampasso even a textiles enthusiast feels like they have learned something from visiting their world. 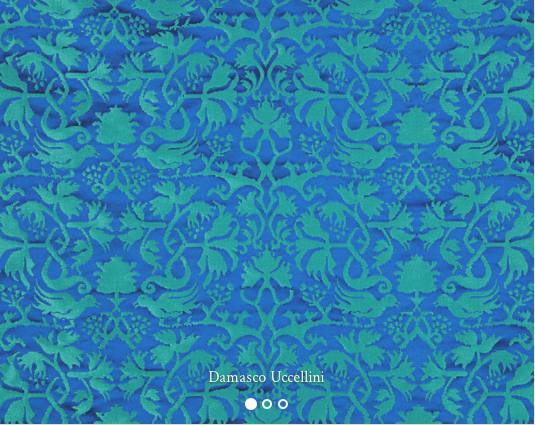 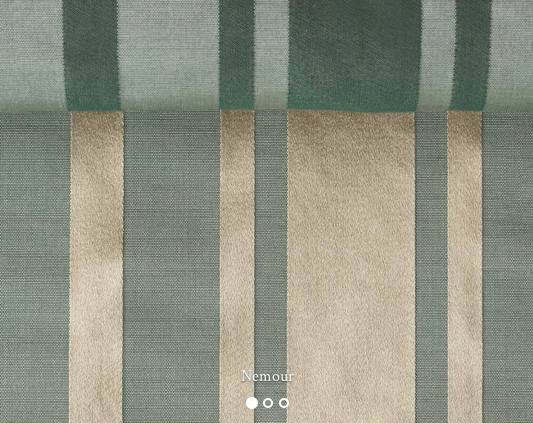 Their website is definitely worth a visit with lots of striking images and hypnotic video clips of the looms. It gives a great sense of the scale of time it must take to make a batch of made to measure cloth. The delicate threads and fibres weave seamlessly through the looms, some of which date back to the 18th century and are based on the original designs of Leonardo Di Vinci. Antico Setificio Fiorentino go to great efforts to share with the public the art of weaving, as they recently exhibited the Di Vinci warping machine in Milan in April. They also have an ongoing project with the State Archives of Florence to restore and digitise ancient volumes of the Art of Silk and the Art of Wool in order to preserve this rare insight into weaving of the past. 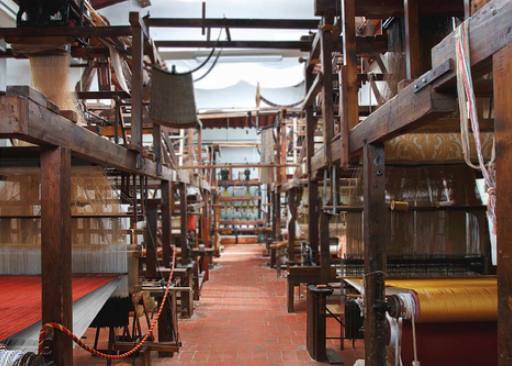 It’s lovely to see such passion and enthusiasm for an ancient craft and that it still has a place and desirability in current textile production. However with such an eye for detail and quality as is seen here, it is no surprise that they continue to thrive. 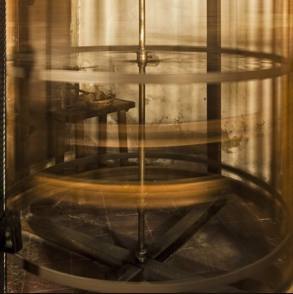 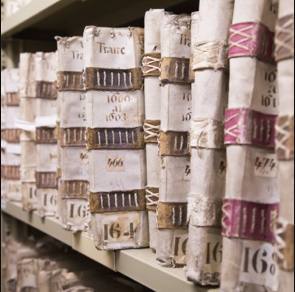